In voting “based” on the draft resolution in his was supported by 327 deputies, against — 102, one abstained. 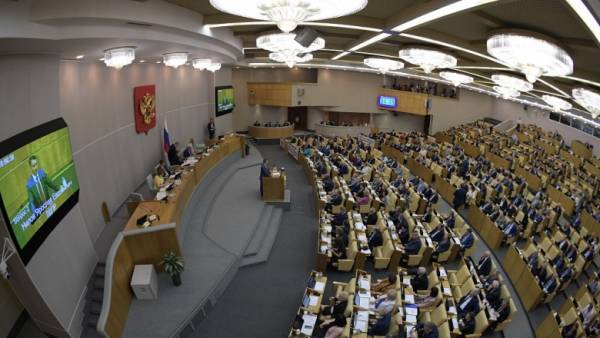 MOSCOW, July 19. /TASS/. The government bill on changing the pension system passed its first reading in the state Duma. In voting “based” on the draft resolution on the adoption of the document it was supported by 327 deputies, against — 102, one abstained.

Then, the chamber has considered a number of amendments to the resolution proposed by the opposition. One of these involves the organisation of a referendum on the bill other parliamentary hearings. These initiatives were rejected, during the vote “in General” the draft law was supported by 328 deputies, 104 opposed, no abstentions.

The first reading involves only a consideration of the concept of the bill.

A bill to amend the pension system, in particular, provides for a gradual increase in age of retirement to 65 years for men (by 2028) and up to 63 years for women (to 2034). Currently the retirement age for men and women is 60 and 55 years respectively.

According to the proposal of the government, increasing the retirement age will be phased in from 2019 and will not affect current retirees is about 46.5 million people. They will continue to receive all previously assigned pension and social payments in the same mode.