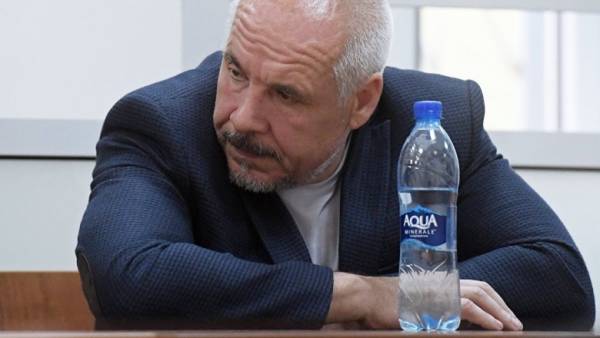 Retired police officer charged with part 4 of article 291.1 of the Criminal code “Mediation in bribery in especially large size”. The amount of bribes, mediation in which the consequence calls Trutnev, amounted to 70 thousand dollars. Guilty in the case, the court also found the former employee of FSB of Arthur Yusufov, Denis Semenov and Alexei Vinokourov.

The prosecution, however, Trutnev was mitigated. The court reclassified the actions of the General article 30 part 4 of article 159 of the criminal code “Attempted fraud”.

The other three defendants also received suspended sentences: Yusufov four and a half years, Semenov — four years, Vinokurov three years. All the accused admitted guilt fully or partially. As additional punishment they were assigned fines of up to 500 thousand rubles.

In addition, the court did not take the rank of General in Trutnev.

Based on what the prosecution

As reported by “Kommersant”, Trutnev accused of extorting money from JSC “Scientific and research technological Institute named Snegirev”, one of the leading enterprises for the production of fuzes for ammunition. According to the newspaper, in the past he headed the Department of internal Affairs of the three districts of the capital.

According to the newspaper, the military of SC in Moscow suspected 57-year-old General of involvement in the extortion.

With the approval of the Moscow garrison military court house in Trutnev, a search was conducted but the man himself was interrogated several times. In the midst of investigation the General was in the hospital that SK was seen as an attempt to evade investigation.

According to investigators, as reported by “Kommersant”, in 2017 the audit is located in Balashikha THREAD them. Snegireva FSB officers found violations related to the registration of employees. Reporting to the Director THREAD Igor Grigoriev that the results of the test may become a defendant in a criminal case of fraud or embezzlement, the police asked him to hush up the story, paying for every violation of several million rubles.