The meeting first. How did the fateful negotiations of the leaders of the two powers?

Aify remembers the most important Russian-American talks at the highest level over the past 75 years. 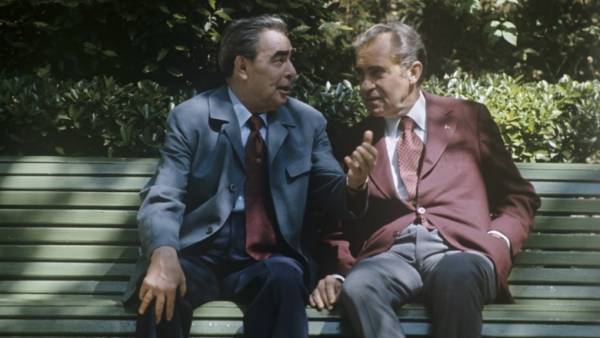 In Helsinki there will be a meeting of the presidents of Russia and the United States. Vladimir Putin and Donald Trump are going to discuss a whole pile of accumulated problems and disagreements, starting with mutual accusations of meddling in the internal Affairs of and ending the Syrian and Ukrainian crisis. But this is not the first meeting between Russian and American leaders, from which depends very much.

28 November 1943 in Tehran met leaders of the main parties to the coalition — USSR, USA and UK.

Third party, Prime Minister Winston Churchill later said, that it was in Tehran he realized, “what a small country Britain is”: “on the one hand from me and crossed my legs, sat a huge Russian bear, the other — a huge American bison. And between them — poor little English donkey”. After the conference, it became clear that in the postwar world all will fill the two new superpowers — the USSR and the USA.

In Tehran discussed not only military issues, including the opening of a second front, and the postwar world. It was here that Roosevelt proposed the concept of international organization, the future of the United Nations.

1955, the world was greeted with a sense of impending world conflict. The cold war raged. In response to the creation of NATO a few months before the negotiations in Geneva, the Soviet Union joined its allies Warsaw Pact. The former allies could not agree on the unification of Germany.

Against this background took place the meeting of U.S. President Dwight Eisenhower and the new Soviet leader Nikita Khrushchev.

“There is no doubt that between our peoples there are differences in the philosophical beliefs that in many ways incompatible. Whatever we say, whatever we do here can change that,” said Eisenhower. Pretty quickly the discussion on the unification of Germany has stalled. The Soviet side insisted on the threat of NATO, the Americans talked about the “enslaved” peoples of the USSR in Eastern Europe. However, from this summit were preserved which later became the popular expression “Spirit of Geneva”. Soviet and Western leaders, despite their differences, peacefully talking to each other, laughed at the jokes each other, had fun together.

The newspaper noted that it is better to let the USSR and the USA arguing with each other over dinner in Switzerland than in the trenches in Germany with nukes at the ready.

A landmark event of the talks was a meeting between two old comrades, President Eisenhower and Marshal Zhukov, both during the Second world war he commanded the fronts and actively cooperated with each other. Photos of their friendly meeting and a transcript went around the world.

The second President after Roosevelt, who visited the Soviet Union, became Richard Nixon. In 1972, still smoldering war in Vietnam, the USSR and the USA competed for influence in all even the most remote corners of the world, but those and others have already started a little tired of this struggle.