Finnish foreign Ministry has published details of the organization of the meeting of Russian President Vladimir Putin and U.S. President Donald trump, which will take place in Helsinki on Monday, July 16. 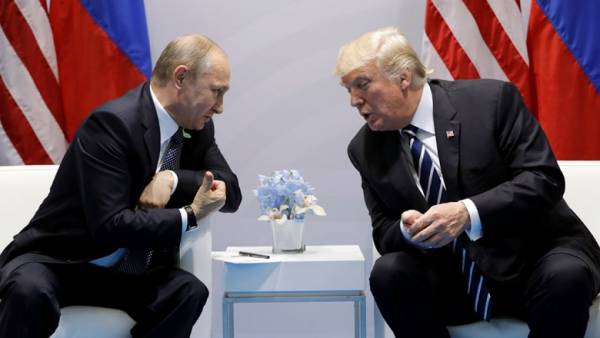 According to reports, on Monday morning the President of Finland Sauli Niinistö and first lady Jenni Haukio will meet with Donald trump and his wife Melania at his residence in Mäntyniemi. Niinistö and trump will hold talks for the first lady at that time planned a joint Breakfast.

Official events of the Russian-American summit, according to the report, will start in the afternoon (around 13.00 time coincides with Moscow) to the Presidential Palace in Helsinki. As the message says, Niinisto will formally greet in the Palace of Putin and trump. Then in the Gothic hall of the Presidential Palace held a bilateral conversation between the U.S. and Russia. After a conversation in the Hall of mirrors held a working Breakfast in a wider format. After meeting in a wide format will be a joint press conference with trump and Putin in the Palace. After the press conference will be held bilateral meeting between Putin and Niinisto, said the Finnish foreign Ministry.