Lavrov called NATO a relic of the cold war

MOSCOW, 14 Jul — RIA Novosti. The Minister of foreign Affairs of Russia Sergey Lavrov said that the Alliance (NATO) is an atavism of the cold war, but it is a reality that Moscow adopts. 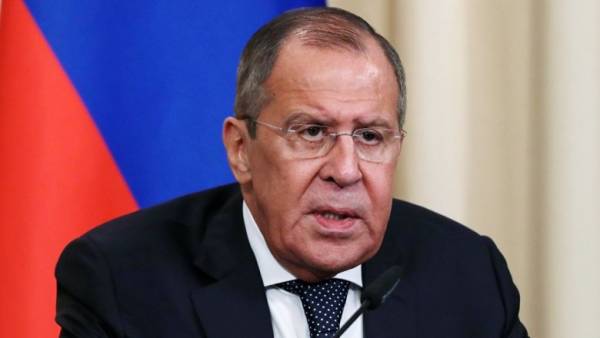 “NATO is an atavism of the cold war, but it is a reality that we accept. We do not believe that the attempts of NATO to expand further and further, closer to the Russian border, leaving countries that we believe do not add to the security of the Alliance, is a way to solve today’s problems,” said Lavrov in an interview with the leading RT Larry king.

He noted that Russia and NATO have common enemies and challenges, including international terrorism, climate change, drug trafficking and organized crime.

“None of this is solved effectively by using the expansion of NATO,” — said the Minister. Lavrov noted that the Alliance cannot dictate to other countries how they should act with safety, because the necessary dialogue. Meanwhile, Russian cooperation with NATO is frozen from 2014, the Minister said.

According to the head of the Russian foreign Ministry, NATO, including the United States, spending on defense is about 20 times more money than Russia. “Without the US the Europeans are spending four times more than Russia. I believe that, perhaps, this can partly be due to the difference in productivity, but this may not be the only explanation,” — said Lavrov.

The countries participating in the NATO summit in Brussels in the final statement on Wednesday said that Russia conducts provocative activities near the borders of NATO, including placing missiles in Kaliningrad. The statement again refers to the “illegal annexation” of Crimea.