Physicists have solved the mystery of the famous Basel papyrus

MOSCOW, July 13 — RIA Novosti. Physics “enlightened” mysterious Basel papyrus, the origin of which historians argue for four centuries, and found that it is a medical treatise of a famous Roman physician Claudius Galen, the press service of the University of Basel. 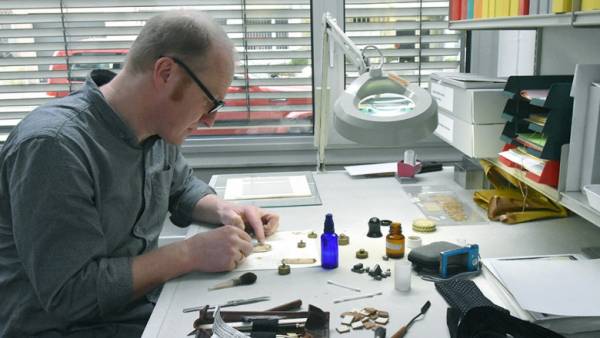 “This is a sensational discovery. Now we can definitely say that these are the notes of the doctor since the end of antiquity, in describing the phenomenon, which he called “hysterical sleep apnea”. Respectively, or a fragment of the works of Claudius Galen, or someone’s comments in their address,” said Sabine Huebner (Huebner Sabine) from the University of Basel (Switzerland).

The so-called Basel papyrus known to historians since the beginning of the 16th century. He came to Basel as yet unknown way, but scientists believe that it was part of the collection of Basilius Amerbach, a famous lawyer and collector of antiquities and the first archaeologist Switzerland.

In total, his “Cabinet of curiosities” kept about six dozen different papyri of late antiquity, most of which have been deciphered by experts on the history of Ancient Greece and Rome.

One of them acquired great fame for the reason that the text on it was recorded from two sides, and the letters were drawn on him in the “mirror” is displayed. It allowed historians to understand what the characters were for the front and back side of the papyrus, from which the essence has remained the subject of controversy for the past four hundred years.

The mystery could solve Swiss physics layers proscribable the papyrus using infrared and ultraviolet cameras. It turned out that this piece of paper does not consist of one but several layers of papyrus, glued and superimposed on each other in the 15th century, when the Church scribes often used such artifacts as “raw material” for the production of “clean” paper.

Canadian scientists claim that unraveled the mystery of the Voynich manuscript

Revealing the secret of the Basel papyrus, physics appealed to Huebner and her followers, which helped them to separate sheets of papyrus and understand what is really going on it was written.

Huebner drew attention to the fact that medical records on the lower sheet of papyrus was similar in style and content notes for Claudius Galen, who was found in the library of the Bishop of the Catholic Church in Ravenna. In the 15th century, as noted by the historians, it was looted by thieves, and part of it is the papyri could buy private collectors, such as Basilius Amerbach or his father Johann.