Listen to the sound, which turned astrophysics plasma waves recorded by the probe “Cassini” before the death in the atmosphere of Saturn. 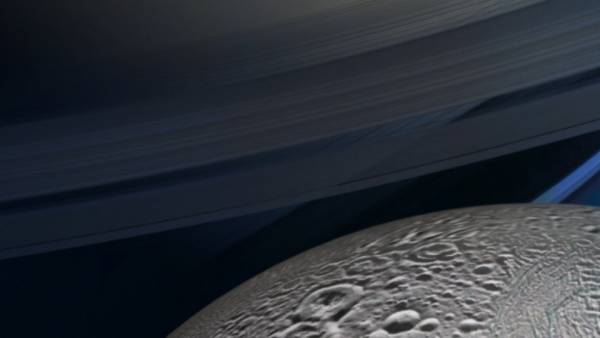 The rings of Saturn not just revolve around the giant planet; they’re talking to him. The data collected by the probe “Cassini” during his triumphant fall into the atmosphere of Saturn, there was a noise characteristic Raznatovic radio waves of very low frequency. Recorded instrument Cassini Radio Plasma Wave Science (RPWS) to measure radio waves and the temperature and density of the plasma through the threads which held the probe.

“Enceladus [the sixth largest moon of Saturn] acts as a small generator of electromagnetic waves. Saturn is responding to the radiation generated by the motion of Enceladus, the waves that are born into the plasmasphere surrounding a planet and its rings. The plasma particles are aligned along the magnetic field lines (or rather, to rotate in spirals around the lines) and stretch out to Enceladus for millions of miles” — explain the scientists worked with data from Cassini.

No sounds in space, of course not, but if you turn radio waves into sound, and to accelerate (compress 16 minutes, 28.5 seconds), the conversation of Saturn with Enceladus, it is possible to listen to; it will sound like an untuned radio noise.

Previously, scientists have recorded plasma waves in the vicinity of Enceladus, but this time apparel was further away from the satellite closer to the planet-the giant than ever.

About the “sound” of the plasma waves in the plasmasphere of the Earth, which are created when electric and magnetic field of the planet cause charged particles of the plasma to oscillate. The earth “whisper” plasma a few years ago recorded a NASA — probes van Allen.