Moscow. July 5. INTERFAX.RU — the interior Minister of the UK Sajid Javid said that Russia has launched a campaign of disinformation immediately after the incident in Amesbury, where two Britons were poisoned by the substance of the “Newbie”. 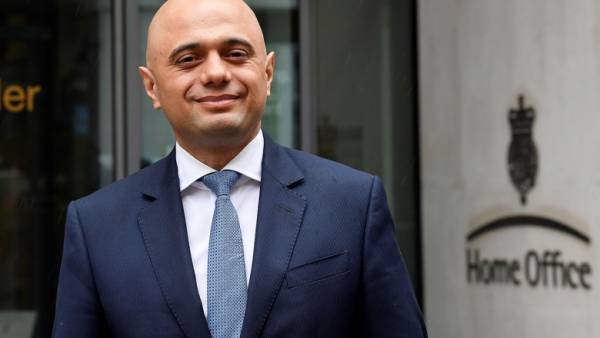 “The Russian disinformation campaign has already begun, as soon as the news was published yesterday, I think we saw that in social networks,” said Javid on Thursday in the British Parliament.

In this regard, he said, it is important that the UK did public information on emerging evidence in the investigation. According to Javid, the UK “looks forward to further misinformation from the Russian authorities.”

30 June in Amesbury, two people were discovered in an unconscious condition as the result of exposure to an unknown substance. The victims — 45-year-old Charlie Rowley and 44-year-old don Sturges in critical condition was taken to the hospital in Salisbury.

Police later reported that the couple were poisoned as the result of exposure to toxic substances “Beginner”, which, according to London, formerly in Salisbury suffered a former Russian spy Sergei Skripal and his daughter Julia. The responsibility of the British authorities laid on Russia. While London had ignored repeated earlier offers of Moscow about the participation of Russian experts in the investigation of poisoning in Salisbury.