AP: trump in 2017 discussed with advisers the possibility of an invasion in Venezuela

TASS, 4 July. The President of the United States Donald trump at one of the meetings in the White house in August 2017 discussed with his advisers the possibility of US military intervention in Venezuela. On Wednesday the Agency reported the Associated Press (AP), citing a source in the White house. 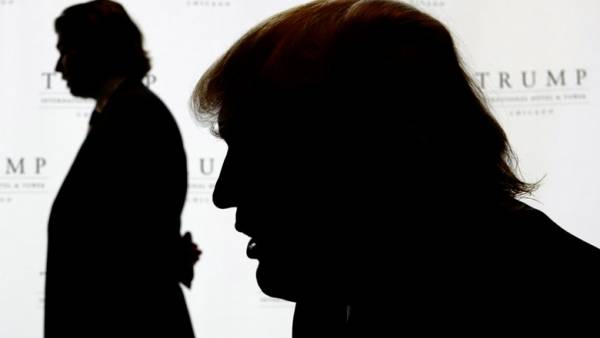 “Due to the increasing security threat in the region, which comes from Venezuela, why the U.S. can’t just send troops in this troubled country?” — leads the Agency the words of trump, as they gave the source.

According to the Agency, this question of the President of the United States came as a shock to those present at the meeting of officials, including former Secretary of state USA Rex Tillerson and former assistant to the President for national security Affairs Herbert McMaster.

In the ensuing discussion, which lasted about five minutes, McMaster and other advisors trump in turn explained to the President that an invasion of Venezuela will strike U.S. interests in the region and undermine the credibility of the United States from other Latin American countries.

According to the Agency, later, in September 2017, trump raised the same issue on the sidelines of the UN General Assembly during a dinner with the leaders of four Latin American States, among whom were the President of Colombia, Juan Manuel Santos. According to the source Agency, assistants trump asked him not to raise this issue, but the White house did not listen to the recommendations and asked each of those present at the dinner to Express their opinion about a possible military solution to the situation in Venezuela.

“Behind-the-scenes negotiations, which had not previously been reported, show that the political and economic crisis in Venezuela has given a high priority in the administration of the trump, and in this way that [the discussion] was impossible to imagine under the Obama administration,” — concluded the Agency.

From the beginning of April through August 2017 in Venezuela were the most extensive in the last few years anti-government demonstrations. The reason for them was the decision of the Supreme court, expands the powers of President Nicolas Maduro and limiting the functions of the Parliament controlled by political opponents of the President. On 30 July last year by the decision of Maduro without prior referendum was elected to the Constitutional Assembly. The opposition boycotted the participation in these elections. It was greeted with disapproval from the international community. The United States called Assembly elections “a blow to democracy throughout the hemisphere” and imposed sanctions against Venezuela.

See also: Venezuela has launched its cryptocurrency “Petro” in circulation