In Thailand found alive all 12 adolescents, who had spent 9 days in the caves

In Thailand found alive all 12 adolescents, who had spent 9 days in the caves, along with the coach of a local children’s football team. 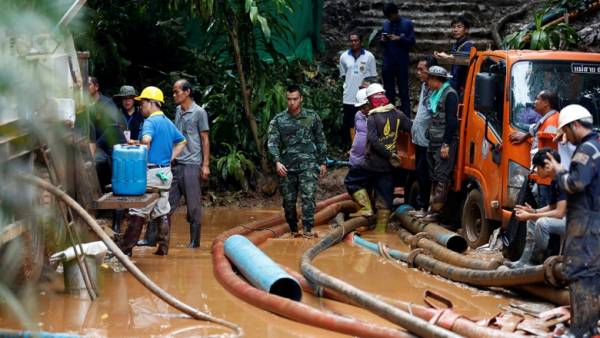 The Governor of the province where the children disappeared, announced the successful completion of the search operation. The search was complicated by heavy rains, which flooded the cave. In this regard, the operation involved divers.

Rescuers hoped that the group managed to escape from the floods climbed to one of the platforms in the caves where did not reach the water.

A group of teenagers 11-16 years and their 25-year-old coach went missing on June 23 in the cave complex of Tham Luang, where they went on the tour.

More than a thousand people, including the army, police, volunteers and professionals from different countries took part in the rescue operation.