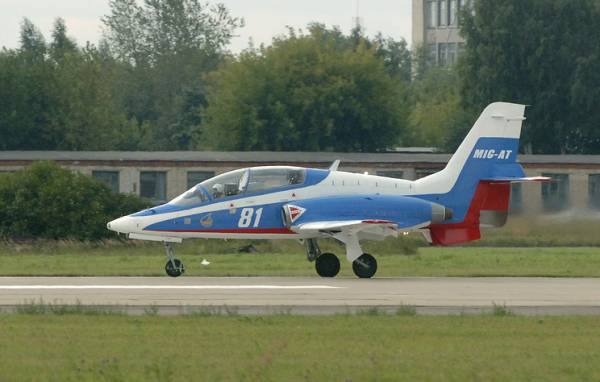 MOSCOW, June 30. /TASS/. The production of training aircraft MiG-at, created more than 20 years ago, to revive, maybe, but it will take several years. This opinion in an interview with TASS was expressed by the Deputy Director General of OKB. A. S. Yakovlev for flight testing, Hero of Russia Roman Taskaev, for the first time lifted the car into the air in 1996.

On Friday, the General designer – the Vice-President of the United aircraft Corporation (UAC) Sergey Korotkov said that training aircraft MiG-at, created in the early 1990-ies, to start re-produced for the Ministry of defence and the head of the Committee on defense and security Viktor Bondarev said that these deliveries could begin in 2023.