Lawyer: Oleg Sentsov did not gain weight during the hunger strike

Lawyer Dmitry Dinze has denied the words of the Commissioner for human rights in Russia Tatiana Moskalkova that the Ukrainian Director Oleg Sentsov gained weight. On the 21st of June I reported to “the Media” with reference to the journalist Anton Naumiuk. 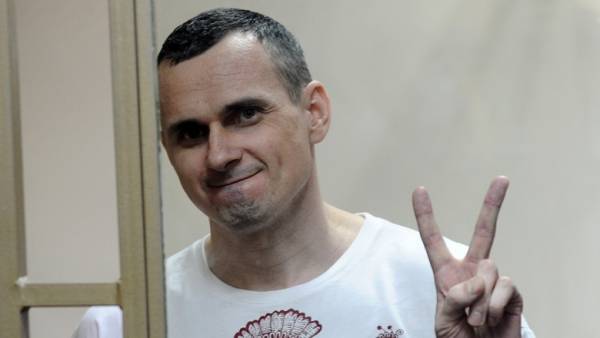 Dinze suggested that the wrong information about the weight after Moskaleva gave the Ombudsman on human rights in the Yamalo-Nenets Autonomous area Anatoly SAC, who regularly visits the Director.

According to Dinze, Sentsov during the strike lost around 13 kg and now weighs 77 kg. Every day he do the dropper with plenty of glucose, amino acids, nutrients and vitamins. Another lawyer said that doctors are concerned for the health of the Director, who allegedly had problems with heart and kidneys. On 16 June he was brought to the hospital and offered to start force-feeding, but Sentsov refused and returned to the colony.

Ukrainian Director told the lawyer that the Nao photographed it, but did not show pictures of the Commissioner for human rights of the Verkhovna Rada of Ukraine Lyudmila Denisova.

21 Jun Denisov explained words Moskalkova on the set of Sentsovo weight that can force him to feed. She called it “cruel, inhuman and degrading treatment”.