Kikabidze said his words about hatred of the Soviet Union

Georgian actor Vakhtang Kikabidze explained his words about hatred of the Soviet Union. He stressed that he does not like the Soviet emblem, but do not hate the people who lived in the USSR. 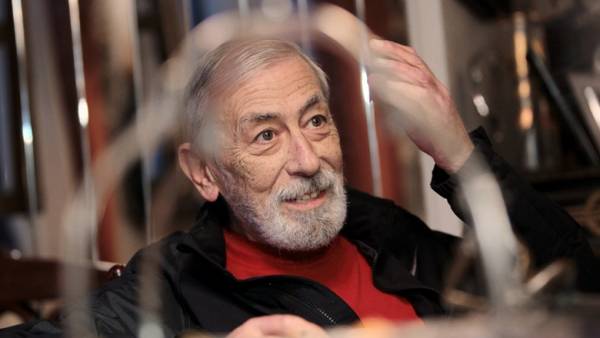 Informed criticism Kikabidze to the “bad life” in the Soviet state has caused a public outcry and condemnation. So, in the state Duma and the Federation Council stated that the actor should be grateful to the Soviet Union for the success and fame which he achieved.

Soviet and Russian actor and singer Vakhtang Kikabidze has been word of hatred to the arms of the Soviet Union, which caused severe criticism from Russian artists and politicians.

Earlier Kikabidze in an interview with the German edition of Deutsche Welle, admitted a dislike for the emblem of the Soviet Union, and in that happy state collapse.

Kikabidze said that not talking about hatred of the Soviet people.

“Not to the hatred of the Soviet Union, actually the word is very bad. I did not like the coat of arms of the Soviet Union. This is the most incompetent piece that exists on the canvas. What’s the people living in the USSR”, — he was indignant in an interview with radio “Moscow Says”.

The artist also refused to thank the Soviet Union for its achievements, noting that this is not the merit of the Soviet state, and he himself.

“What, you have to fall at his feet? About the person I’ve become, I’m not one to thank. I did,” snapped Kikabidze.

Thus the actor has responded to criticism from a member of the Federation Council, Alexei Pushkov, who said that “Kikabidze became who he is, only thanks to the Soviet Union”.

Kikabidze became who he is, only thanks to the Soviet Union. Otherwise he would have been a little-known singer from the outskirts of Europe. Years, he has gained wisdom – no.

Otherwise, according to the politician, “if he was a little-known singer from the outskirts of Europe.”

Earlier, musician Yury Loza has supported criticism of the artist in the USSR and urged not to idealize the Soviet state. The vine drew attention to the fact that Kikabidze said about the Soviet Union and good and bad at the same time.

“I lived in the Soviet Union, there was born, grew up, studied and worked. The Union is not popular prints, which is trying to draw some people. My friend, for example, broke two ribs in a queue for sausages,” recalled the musician live on NSN.

Vine also suggested that the word Kikabidze could be translated incorrectly.

Recall that the Soviet and now Georgian actor and singer Vakhtang Kikabidze told German journalists that the state emblem of the USSR was associated with a poor life in “this great country”. According to him, the hammer and sickle was chosen as elements of the coat of arms of incompetent leaders.