In the US, spoke about Russia’s dependence on the will of Turkey

Russia has no need to build a new diesel-electric submarine for the black sea fleet, since the warming of relations with Ankara might lead to a revision of the Montreux Convention, the author believes The National Interest Dave Majumdar. 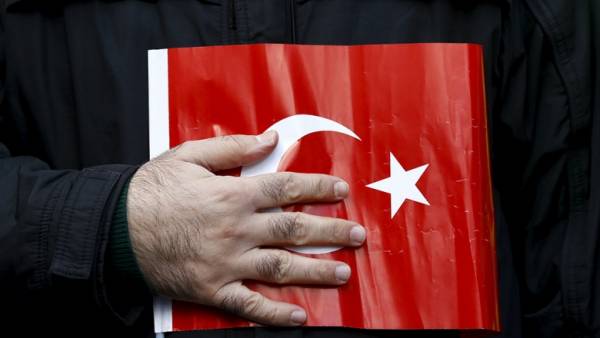 Us expert says that the restrictions imposed by the Montreux Convention on the transit of submarines through the Bosphorus, make it impossible for Russia to fully use the black sea fleet. A way out of this situation would be to equip the Russian ships high-precision missiles, and the construction of new submarines repair base in Syria’s Tartus. In this case the black sea fleet will be divided into two parts (the black sea and Mediterranean), but will be able to perform the tasks.

The expert recalled that in the past Turkey was missing Soviet aircraft carriers through the Bosphorus, as well as those formally considered “aircraft carrier”, but currently, in terms of Ankara’s departure “from the orbit of the West to Moscow,” it is impossible to exclude changes in the Montreux Convention.

The black sea Straits of Bosporus and Dardanelles play an important logistics role in supply and logistics operations of the aerospace defence forces of Russia in Syria. The rules of Maritime navigation through those Straits are governed by international law, the Montreux Convention, which enshrines the sovereignty of Turkey over the Straits by guaranteeing special rights of the black sea States in terms of their use.