Vakhtang Kikabidze told about the hatred of the Soviet Union

Georgian artist Vakhtang Kikabidze was delighted when the Soviet Union collapsed. He told this in an interview with Deutsche Welle. 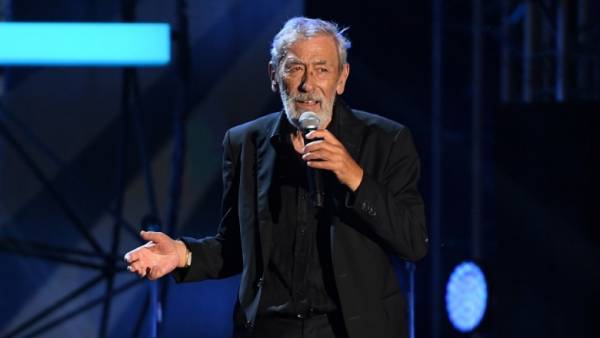 “Was very happy. Even the table was laid. The guys were sitting, walking and very drunk then, I remember,” — said Kikabidze.

This, of course, was a shock, but we felt that this should happen. But still, when you’re in the pot cooked all my life since childhood, it is difficult to imagine that such a huge edifice you can smash to smithereens.Vakhtang Kiebitzreihe artist

“I hate the coat of arms of the Soviet Union, the hammer and sickle. It also had what the brain was supposed to be from us, to be the emblem of the country to come up with. It was all to do with, pardon the expression, the shitty life of this vast country,” — said Kikabidze. Thus, according to him, in the USSR “of other people more respect”.

“Spirituality was. We don’t know why, but we knew that we are obliged in this country to live. But if, for example, one Tajik, another Jew, a third… they have still to respect each other. So we grow up” — said the actor.

On the question of whether to call it anti-Soviet, Kikabidze said that was never in the Komsomol and the party. According to him, he saw in the KGB dossier on yourself with a note “likes to tell anti-Soviet jokes”.

In 2008, after a five-day war, Kikabidze stopped concert activity in Russia. He also refused the order of Friendship, which was awarded in the summer of that year.

Vakhtang (Buba) Kikabidze was born in Tbilisi in 1938. Gained fame as a singer, later began acting in films. Most famous are the roles in the films of Georgy Danelia’s film “do Not cry” and “Mimino”. Made two films as a Director. Laureate of the State prize of the USSR (1978).