MOSCOW, 21 Feb — RIA Novosti. Interior Minister Vladimir Kolokoltsev arrived in the USA on the summit of the heads of police departments of the countries-members of the United Nations (UNCOPS), which will be held in the headquarters of the organization in new York, said the official representative of the Russian Ministry of internal Affairs of Irina Volk. 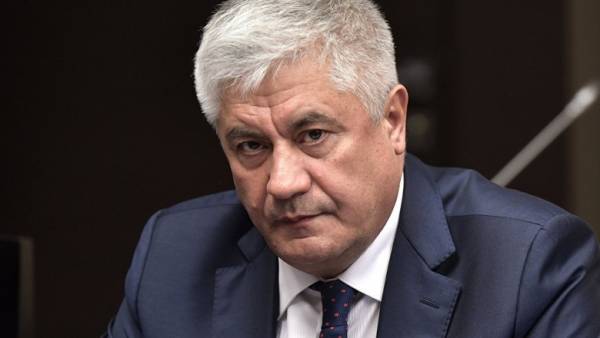 “The Minister of internal Affairs Vladimir Kolokoltsev arrived in new York, where he will participate in the second summit of heads of police services of the States members of the United Nations,” explained Wolf.

She added that at the summit the Minister will meet with Deputy of the UN Secretary General, head of the operations Department of UN peacekeeping Jean-Pierre Lacroix and the Commissioner-General of the National Agency of police of the Republic of Korea Lee Chul Sleep.

Russian peacekeeping training centre for police missions of the United Nations was created in 2000 in the Moscow suburb of Domodedovo, in 2006 he started to train specialists from other countries, and in 2008, the first accredited world organization. In total, over the years the training centre has been more than 1660 Russian officers and 532 officers from 57 countries.

The main task of the police peacekeepers, the UN is assisting local authorities develop their police forces.

In February 2018, it was reported that 40 Russians, including seven women, are participating in the five police missions and special political missions of the UN in Kosovo, South Sudan, DR Congo, Haiti and Cyprus.