The man promised next time to come straight with his sword. 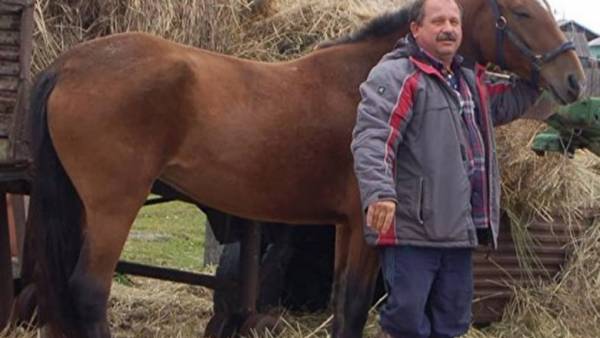 The Deputy of legislative Assembly of the Kamchatka region Mikhail Puchkovsky June 20, came to work on horseback in protest against rising gasoline prices. When he came to the meeting, he was handed a subpoena in the case of an administrative offense.

As soon as I went to the meeting, I was immediately given a call that I should come to trial on administrative offense. But I’ll never give up. Next time I will come not only on the horse but with a sword.Mikhail Puchkovsky interview to Agency “Interfax”

He joked that according to the agenda he needs to go back in time — the date to appear on the document marked as “26 June 2017”. Puchkovsky charged with violation of part 2 of article 20 of the Code of administrative offences — violation of the rules of the organization of the meeting. The man claims that is not, for that he could draw on this article.

Puchkovsky said that to change horses for the car still does not intend to — in his words, the price of diesel fuel at filling stations of Kamchatka are approaching the mark of 70 rubles per liter. “Kamchatka dies with the price of gasoline, and with prices on everything else. With the VAT increase it will be the price of space and Kamchatka will be on the brink of survival, particularly pensioners”, — said the Deputy. He stressed that he is a pensioner, and because the salary of an MP is not receiving, and to afford a car can not.

The Deputy noticed that his ideas in the legislative Assembly in the agenda was not made. According to him, he proposed to consider the issue of price rise on food and gasoline at a meeting, but colleagues Puchkovsky not supported. The man noted that motorists approved of his initiative during his trip on horseback to the building of the legislative Assembly members of the movement, honked and shouted “hurrah”.