St. PETERSBURG, 21 Jun — RIA Novosti. The mummy presumably of the first century BC was discovered by archaeologists in the cemetery Terezin in the flood zone of the Sayano-Shushenskaya HPP in the Krasnoyarsk region, said on Thursday the Institute of history of material culture Russian Academy of Sciences (IIMK, St. Petersburg). 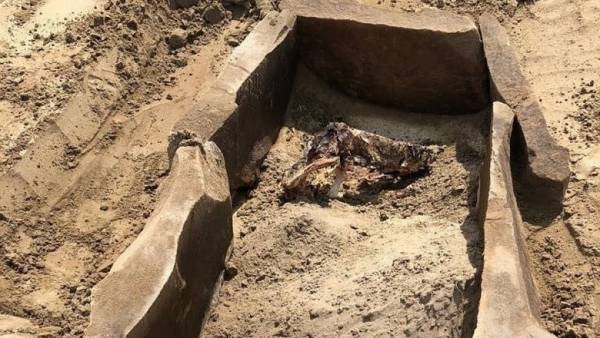 “During the work of the Institute RAS grant from the Russian geographical society to save the unique archaeological sites in the flood zone of the Sayano-Shushenskaya hydroelectric power station on the cemetery Terezin… cleared and the cap is removed from the stone box in which is the mummy, pre-dated the first century BC, the message reads.

As explained RIA Novosti the representative of the Institute, now finding “cleared almost completely.” In addition to the mummy, which is entirely preserved, discovered utensils and household items.

“Forecasts of archaeologists very optimistic. Most likely, preserved soft tissue, skin, and clothing items. The work was started restorers expedition of IIMK Russian Academy of Sciences”, — stated in the message of the Institute.

In August 2009 at the Sayano-Shushenskaya HPP belonging to RusHydro, due to the destruction of fasteners accident — the flow of water tore off the cover of the hydrounit № 2 in engine room flooded water. Inundated repair shops, which were the people. As a result of the tragedy killed 75 people.