As we have bred dentists? What you need to know in order not to remain without money

80% of lawsuits of patients to doctors in Russia falls on dentistry. Especially often we have inflated the most expensive region — the prosthetics. How not to give themselves to breed for money. 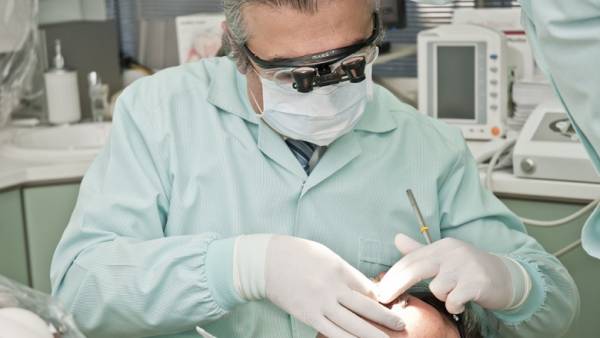 Say, if the teeth are not inserted, then there will be nothing, and if you paste there is nothing. It is not enough that dental services are expensive, so an unscrupulous physicians often go to cunning tricks, so they cost us even more. Okay we were talking only about money. Because it is often to pay and their own health.

According to the press service of the Investigative Committee of the Russian Federation across St.-Petersburg, has recently been completed investigating a criminal case against 41‑year-old dentist and Director of one of the commercial clinics of the Frunze district of the city. A woman was accused of committing fraud and the services that do not meet safety requirements, and intentional infliction of harm to health of average weight. The volume of the criminal case amounted to 18 volumes, during the investigation there were 14 forensic examinations, questioned several dozen witnesses. The victims were found in five patients.

Intimidating women because the lack of treatment would lead to disability, and also assuring that she is the only dentist in St. Petersburg, which is able to deliver them from the dysfunction of the temporomandibular joint, the doctor forced patients to agree to costly and crippling treatment — total prosthesis of the jaws. To put dentures, one of the victims, the dentist removed the nerves from healthy teeth, dissected them, and covered with bridges. In addition, he removed some healthy teeth. As seen a consequence, in such manipulations was not absolutely necessary. This unseemly way, the doctor fished out the victims more than 3 million 318 thousand rubles, causing their health damage of medium gravity. Now the investigation is completed and will soon be sent to the Prosecutor.

How to protect yourself from this monstrous deception.

Among the many different schemes used by scammers from dentistry, the most common types of fraud.

No. 1. The doctor treats a non-existent disease.

“Find” multiple caries and periodontitis. For tooth decay can pass the usual pigment spots on the tooth enamel, which do not require treatment. As for periodontitis, require expensive, long and difficult therapy, and dental stone to get rid of that in one session a professional ultrasonic cleaning.

Often in such cases, doctors intimidate patients, because in a state of panic they are easier to breed.

How to prevent. Ask the doctor to show the affected tooth at least in the dental mirror. But it’s better if the clinic has intraoral camera, which gives an increase in 56 times. In this case, it’s easy to see the smallest details of its cavities or the old fillings depressurization. For inspection of hidden problems need data of x-ray or 3D CT scan.

If the doctor, without appointing any research begins to intimidate and insist on immediate treatment, better change it or go to another for independent advice.

No. 2. Dentist comes up with a more serious diagnosis is easy.

For example, instead of caries doctor diagnose pulpitis or periodontitis. 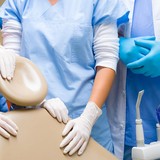 How to cheat dentists?

How to prevent. One solution is to increase their health literacy. At least just read about the symptoms of the most common dental diseases. For example, an acute but short-term pain in response to receiving a sweet food or the same short-lived reaction to cold air is a sign of deep caries. To remove the nerve in this case, it is not always necessary. But if the tooth is severely aching, does not sleep, it hurt to push, and the response to sweet and cold lasts a very long time, it is likely that the pulp and the nerve will have to be removed.

No. 3. No reason changing old fillings or remove a tooth only for implantation.

How to prevent. Old fillings need to be changed only if they’ve lost their integrity or severely faded on top. Implantation is shown only in the absence of the tooth, and while he can still be cured — it should by all means keep. A good doctor will try to restore the tooth, even if there were only a wall. We have all the possibilities — for example, indirect tabs.

How to prevent. Question all the information that you give the doctor, and ask clarifying questions. And better learn to understand the basics of dental business. Then you will be clear that it is not necessary for the treatment of pulpitis to do a panoramic picture, only want with dentures, or expensive computer 3D imaging, necessary only for implantation. And what teeth whitening to cover their braces money, but remineralization (strengthening the enamel), on the contrary, will help to protect the teeth from decay.

No. 5. At the end of treatment the price is far more than originally stated.

How to prevent. Ask the doctor explanation. Perhaps indeed the treatment required more costs than originally planned. But then the dentist must explain what caused it. Let reasons the answer data of the conducted studies and other objective information. Otherwise, pay as much as you originally counted.

No. 6. The doctor makes fraud and forgery. 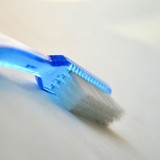 Like brushing your teeth, not to go to the dentist

For example, a doctor writes in a check procedure that is not done or exaggerating the extent of his work. Known, for example, in the case where the physician took the patient’s money for the cleaning of 6 channels of the tooth, although there are never more than 4. Doctors fraudsters can’t put those implants that were specified in the price list, more efficient seals and tabs and use cheaper materials than those for which the patient paid.

How to prevent. Just to check how the auditor. To study x-rays, contracts and receipts, require packaging of implants and to check whether the serial numbers on the box with those that entered into the contract and a map, and count the number of installed seals and implants in the mouth. If they themselves can not cope with this task, consult another dentist. Take pictures of your mouth before and after any procedure. Write down the words of the doctor on tape. If something goes wrong, these images and records will serve as proof of a medical error (or malice).