A native of Liege. As the revolver Nagant was the Russian legend

Revolver in our country has turned into a household name for decades before the same fate befell a photocopier and a diaper. Surprisingly, in the era of photocopiers and diapers revolvers the Revolver was still in service. 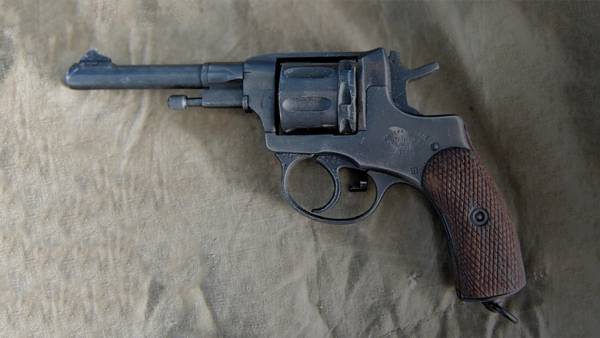 Hello!
There are restaurants everywhere!
Dance
And devour the eggs under violinists!
Why we handed over the revolvers?
Don’t know who, but I would
Took on the fly bastards

Singer Natalia stupishina, better known as the Anka-machine-gunner in the nineties once more cemented in the public mind the image of a revolver of system the Revolver as main weapon of the revolution and the Civil war.

During the download an error has occurred.Belgian brothers and “Russian order”

Brothers-arms of Belgian Liege Emile and Leon Nagant in the late 1870-ies submitted to the military authorities of the home country model six-shot revolver, which got approved and were adopted as the officer and noncommissioned officer weapons. Following this the firm of the brothers entered the global arms market.

In the early 1890-ies in the framework of the rearmament of the Russian army, a competition was announced for the new model of the gun that was to replace the outdated Smith-Wesson of the sample in 1880.

Foreigners in the struggle for “Russian order” quite quickly pushed the local gunsmiths, and the final battle occurred between the Belgians: Henri Pieper “Bayard” and Leon Nagant.

By the time Leon had to take all the work themselves: Emil, who was the “brain” and “hands” of the tandem, lost sight.

In order to get the upper hand, Leon had to alter the gun under favorite Russian caliber 7.62 mm, with which he coped successfully. Samozaryadnyj modification of the revolver Nagant model 1895 was approved by Emperor Nicholas II as a soldier and officer of arms.