Macron reprimanded the teenager for the phrase “How are you doing, Manu?”

MOSCOW, 19 Jul — RIA Novosti. The President of France Emmanuel macron criticized the disrespectful teenager in the appeal and called for the correct behavior at an official ceremony. 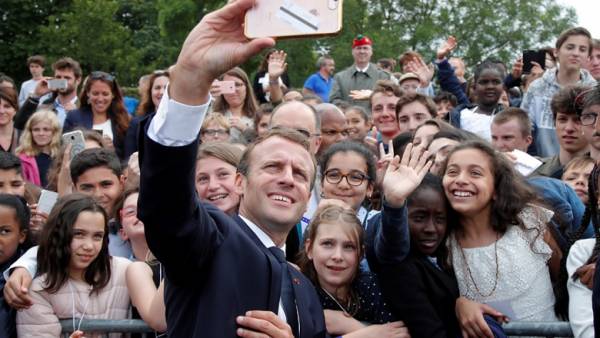 Monday, June 18 in France held a ceremony to mark the 78th anniversary of the call uttered by Charles de Gaulle on 18 June 1940. This speech gave impetus to the Resistance movement during the Second world war.

The official ceremony was held in the Department of Hauts-de-Seine, where he arrived the President of macron. According to the newspaper Liberation, after the President went to shake hands with the audience at the ceremony, the French, in particular, students.

“How you doing, Manu?” — shouted the French President one of the Teens. “You can fool around, but today is the day when sing the “Marseillaise” and “the Song of the partisans”, it’s “Mr. President” — replied macron.

“Respect is the minimum in the Republic, especially on 18 June,” the President wrote on Twitter, commenting on the situation.