ANKARA, June 18. /TASS/. Kurdish “Forces of the people’s samooborna” (SNA) leave the city of Manbij. This was stated on Monday the Turkish President Tayyip Erdogan during a rally in Ordu, a stream of his speech is channel Haber Turk. 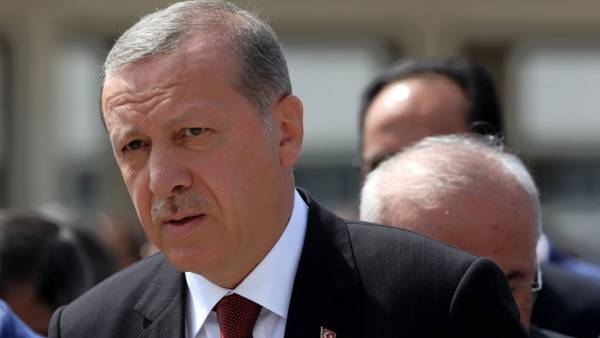 “We step by step implement the agreement with the United States. Now “the forces of national self-defense” and party “Democratic Union” leave Manbij. We made it through our diplomacy,” he said.

Earlier on Monday, the NTV channel, citing local sources said that a contingent of Turkish armed forces entered the suburbs of the Syrian city of Manbij. The channel showed the air photo with a column of military vehicles with flags of Turkey, standing on one of the roads on flat terrain. It is noted that Turkish soldiers “came to the outskirts of the city.”