The Pope has compared abortion to the crimes of the Nazis 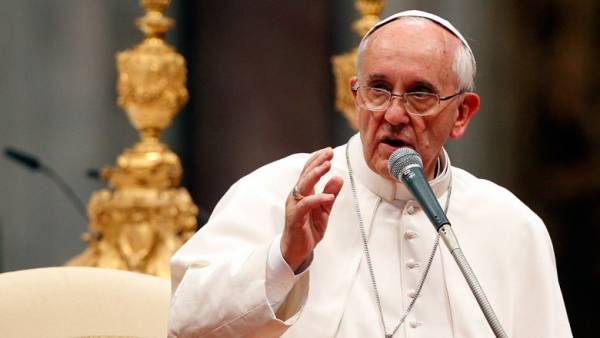 “In the last century the whole world was shocked at what the Nazis were doing to clear the race. Today we do the same, but in white gloves,” said Francis at a Family forum in Italy.

Thus, the head of the Catholic Church spoke out against and prenatal tests often lead to the fact that parents end a pregnancy after discovering the fetus is the wrong development or genetic disorders.

On the forum the Pope also called for the adoption of children as “God gives them to us”.

At the moment of the abortion ban are making figures of many religions, especially rigid position taken by Catholic priests. In two European countries — the Vatican and Malta, where abortion is completely prohibited.

Eugenics — the doctrine of selection as applied to man, as well as on ways to improve its hereditary properties. Originated in England in the nineteenth century, the greatest popularity was in the early decades of the twentieth century. In the postwar period, eugenics has been regarded as the theoretical basis of Nazi crimes such as the practice of racial hygiene, Nazi experiments on human beings and the destruction of “undesirable” social groups.