Yomiuri: the head of the foreign Ministry and defense Ministry of Japan plan to meet with Russian colleagues in July

TOKYO, June 16. /TASS/ — According to the sources, the focus at the meeting in the format of “two plus two” is the situation around the Korean Peninsula in the aftermath of the Singapore Ministry of foreign Affairs of the DPRK. 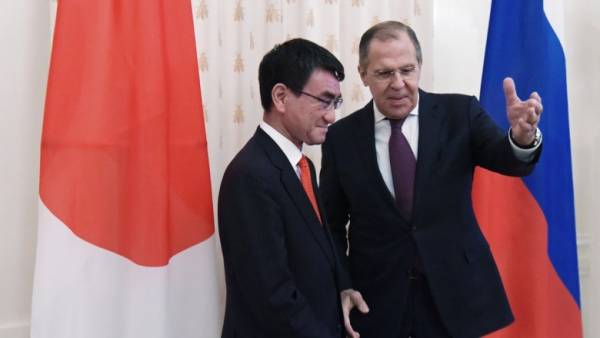 The head of the foreign Ministry and defense Ministry of Japan hopes to hold a new meeting with their Russian counterparts in Moscow at the end of July in the format of “two plus two”. About it reports on Saturday, the newspaper Yomiuri shimbun, citing government sources.

This will be the third meeting in this format, the previous one was held in March 2017 in Tokyo. The agreement about it was reached during a visit to Russia, Prime Minister, Shinzo Abe, who himself has reported about it to journalists on may 26 in Moscow.

According to sources, Yomiuri shimbun, in the center of attention at another meeting in the format of “two plus two” is the situation around the Korean Peninsula after a meeting held on 12 June at the Singapore meeting the US President Donald trump and the leader of the DPRK Kim Jong-UN.

Meetings in the format of “two plus two” was suspended in 2014 due to the annexation of Tokyo sanctions against Russia in connection with events in Ukraine. Then the agreement on their resumption was reached during the visit of Russian President Vladimir Putin to Japan at the end of 2016.