Lawyer Vyshinsky spoke about the conditions of detention of the journalist

MOSCOW, 15 Nov — RIA Novosti. The conditions of detention of the head of RIA news Ukraine Kirill Vyshinsky has not improved, told RT his lawyer Andrey Domansky. 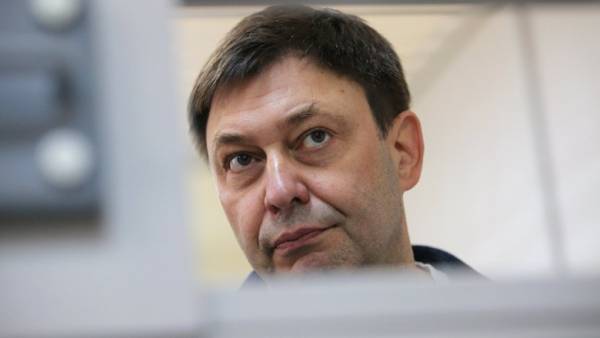 According to the lawyer, the journalist “are treated the same as others.” The protection of Vyshinsky did not receive from him statements about any psychological pressure.

Commenting on the statement by the Ukrainian Ombudsperson Lyudmila Denisova that the conditions of detention of the journalist meet the standards, the lawyer stressed that we are talking about taken in Ukraine standards.

“However, if we compare it with the time when he was detained, and today, of course, there is a significant deterioration,” — said the lawyer.

According to counsel, the deterioration of health of his client due to the fact that Vyshinsky difficult to achieve recommended by doctors a diet.

Domanski also declared that protection will appeal against the seizure of Wyszynski.

The Case Of Cyril Vyshinsky

In may, Ukrainian authorities launched a criminal prosecution Kirill Vyshinsky. He was detained near the house in Kiev on suspicion of treason and support of the DNI and LC. The journalist faces up to 15 years of imprisonment. Kherson city court ruled to put him to 60 days in custody without setting bond.

Vladimir Putin called the situation “absolutely unprecedented.” The foreign Ministry has sent to Kiev a few notes of protest demanding to stop violence against the press. Action in support Wyszynski was held in front of the Ukrainian Embassy in Moscow.