On the route Moscow-Brest at the entrance to the territory of the Russian Federation from Belarus formed a multi-kilometer queue of cars. 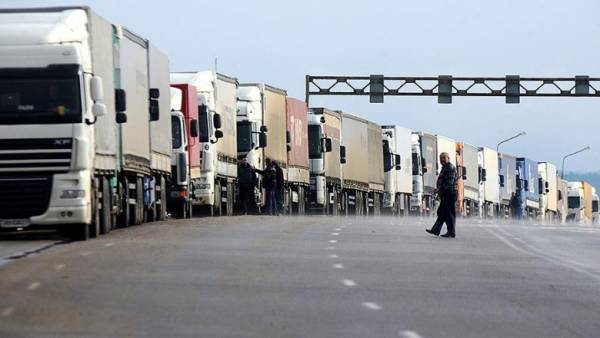 According to the TV channel “Belarus 1”, the line stretched for about 12-15 km.

M1, on which a traffic jam is the main transit route to the Russian Federation.

According to the drivers, typically, such congestion on the highway does not happen.

“In the morning heavy trucks are in the queue for a few hours”, — stated in the message channel.

It is noted that the reasons for the delay is not yet established. In the direction of Belarus no queues.

In early June President of Belarus Alexander Lukashenko stated about the readiness to close the border with Russia and urged Moscow to define the format of the border control between countries.