MOSCOW, June 12 — RIA Novosti. The President of Russia Vladimir Putin congratulated the Russian popular front (onf) on the fifth anniversary from the day of creation, noting that his in-demand projects find broad support of society, the text of the congratulatory telegram posted on the Kremlin website. 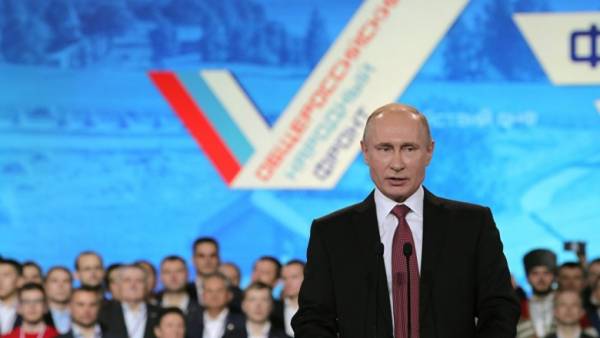 “Your large-scale, demand-driven projects in areas such as improving the quality of education, health care, environment, landscaping, promotion of volunteering, volunteering and other important initiatives, has consistently found broad public support to bring about significant and tangible results,” wrote the President.

In addition, Putin stressed that over the years of the popular front gathered a large number of associates, has established itself as a powerful force able to resolve important, urgent problems for citizens, the key development objectives of the country and society.

“The basis of your work is such a basic and enduring values, as a sincere love of country, personal involvement to her present and future. Respect for the culture and traditions of our multinational people,” — said the President in his address.