Why rural Russia believes in UFOs and healers

According to surveys by the all-Russia centre of studying of public opinion (VTSIOM), most Russians continue to believe in the supernatural: witches, ghosts, UFOs and signs. In 2016, for example, 36% of respondents answered that they believe in the ability of others to cast spells, while 24% claimed to have personally encountered cases of witchcraft. A further 16% in 2015, it was agreed that communication with the souls of the dead possible. 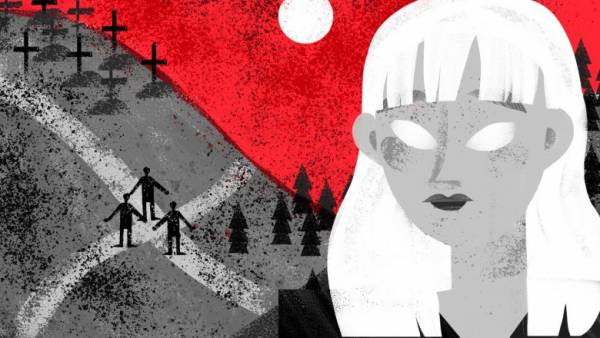 Eugene Safronov has almost twenty years of travels through the countryside and villages of the Ulyanovsk region in search of evidence of contacts of locals with the unknown: the walking dead, werewolves and other evil spirits. According to Safronov, and his task is not to be heard questioning, but rather to record the story as it is, fixing the quirks of the Russian magical consciousness. At the request of samizdat journalist Artyom Gorbunov Safronov asked about his work, life choices and found out why from dead relatives it is better to stay away and where in the Russian Outback showed up the spirit of Freddy Krueger.

Village of Old Savagery in the Ulyanovsk region almost deserted. It consists of only a few houses scattered around a single intersection. The reeds and marshes surround rare in public. Summer night in 1999 on the bench of one of the houses sat a very young man, a student, and a grown woman. Soon was to begin rain: rapidly rising wind blew the clouds began to darken. However, the interlocutors did not think to take refuge in the house — so the story of the village drew and struck a young man:

And here to me at night from under the bed crawling son. I say to him quietly: “On the porch, on the porch go away.” Husband still heard it, woke up, and how come obscenities loudly to swear. Son back began to crawl and whisper to me plaintively, “Mom, mom, how many times have I told you? Next time you open the window — I’ll pick it”.

The son of this woman died a long time ago and after his death repeatedly came to her mother. The father knew to be sad for the dead is impossible, and not abandon them, and therefore began to chase the deceased son. For a city dweller this story is wild and frightening, and in the villages know that deceased relatives visit often those who misses them, and put them in the house or in any case impossible.

“When I listened to the story of the woman at the skin ran down her spine, and inside me for the first time, something clicked. I first heard live a similar story from someone who is experienced,” recalls today his feelings now grown-up student. His name is Yevgeny Safronov, and since its first folklore expedition such frightening stories he has already heard from thousands of people.

— Interest in the topic of the mysterious I had since childhood, and it is expressed in various forms, in particular in art. For example, I write stories and novels. And in the first year of philological faculty I joined the folklore, tells about his unusual job candidate of philological Sciences. Safronov studying fairy-tale prose of the villages of the Ulyanovsk region, or, in other words, it is almost two decades writes stories about goblins, werewolves, healers and UFOs, and their truth does not interest him. Important stories, or “texts,” as they calls himself a folklorist.

“The city person who has never heard the stories of mermaids and house first-person, they seem to do something weird. But for the world of the traditional rural culture can be compared with the story about the milking or farm. It’s part of at a time and the ordinary world and everyday,” explains Safronov.

There’s even a question of faith, not worth it — the narrator himself saw a mermaid in the river or the werewolf at the crossroads is the story in the first person. In extreme cases, it someone something is saying, or is he someone heard that in the village they have a wizard there, but these stories also convey with the installation of authenticity.

With a frightening and supernatural world, which comes alive in the stories of the people, Safronov faces almost every day:

— Folklore expedition I have continued always. I write in the bus, in shops, in queues, in meetings with friends and home gatherings. When I wrote my dissertation on nomernyh dreams (dreams in which one sees the dead or the afterlife), the most difficult part was written because of work. I then worked in a press-service of one plant. The team is mainly female, and there would be continuous monitoring.

When Safronov retells everything he heard in the villages history, he accurately conveys the features of the dialectal speech of his numerous interlocutors. Retell stories and talk about their informants, it is much easier than talking about yourself. Still easier and more familiar Safronov listen. “I come to people and just talking with him, so it turns out. It’s been happening for a long time, and hundreds of questions I ask, I have in my head. Can’t have a conversation with the person to turn into questioning and be interested only in specific things. Let him describe how he moved, how he studied, how he worked. May you spend two hours, but when they finally will listen to the person, he’ll come out on the topics you are interesting. To talk with one person six to seven hours. Just about every funeral rites of a village resident for two hours to talk. And there are opened various ceremonies, superstitions. And this wave already, you can go to the theme supernatural.”

“Evening, boys and girls, as usual, went to a disco in the club. There’s a path through a small forest. Along the path the bushes. Of them on the road white goat came out. Looks at us and says: “Guys, got a smoke?” Clearly the case that this werewolf was.”

Stories about werewolves in the Ulyanovsk region it is possible to hear often. In Ulyanovsk them, werewolves turn into horses, pigs, cows and dogs. Usually the ability to transform into animals attributed to the people about whom in the villages say they have psychic abilities — treated or, conversely, induce damage. There are times when a werewolf in the villages are taking the subject. For example, rolls along a single village street washer or wheel. Unusual. So, it’s a werewolf.

— Almost always farther from the hero of the story, its teller, the fiercely think he is a werewolf, says Safronov. For example, in one village there will be a lot of stories that in the next, then certainly a werewolf, and point at that person. And in two nearby villages were all talking about the one person that he “turns”. And about the living. We could not resist and went to him. Surprisingly, it was discovered that he is a complete “minus”, that is not refused, but no stories or even common rituals did not know. Went to his neighbor who was his best friend since childhood. Lit a cigarette, talked about this and that. And ask directly: rumor has it that your neighbor is a werewolf. And he said: “Kolka? I myself saw him after twelve knives jumped in the horse transformed”. Is this the only case in my memory.