Premature babies heard the mother’s voice in a dream 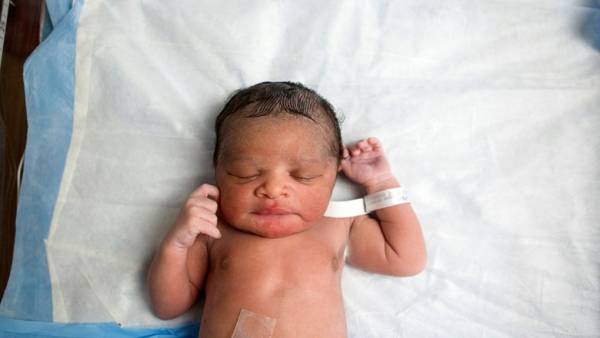 They found that sleeping babies respond to mother’s voice while in the incubator after being born at term 35 weeks: often Wake up and more are in the waking state. The results of the study were presented at the conference of the American Academy of sleep medicine and published in the journal Sleep.

Premature and sick babies immediately after birth should be placed in conditions with optimal air circulation, humidity of about 70 percent and a temperature of 34 to 36 degrees Celsius.

Usually, children are placed in special incubators (incubators) — devices with automatic feeding of oxygen, maintaining the optimal temperature and degree of humidity. Parents thus allowed to see a newborn take his hand and feed.

How to put baby to sleep on the train, plane and car

Find out how the presence of his mother and her voice affect babies sleep in incubators, decided by scientists from the University of Michigan under the leadership of Ronald Sherwin (Ronald Chervin). In their experiment involved two groups of prematurely born babies 27 babies born at 33-34 week and 20 born at 35 weeks of pregnancy and later. Each of the mothers of infants were asked to read a passage from a children’s book, the recording of which was then switched to the infant in incubator: within either the first or second six hours of observation. Sleep quality was analyzed using the methods of polysomnography: were recorded cycles of sleep and wakefulness and electroencephalogram.

Based on the collected data, scientists have constructed a function based on the quality of sleep of the infant gestational age at which it was born. It turned out that this dependence is governed by the voice of the mother during sleep: infants born at 35 and a week later, the mother’s voice increased the amount of time awake and reduced sleep time (p < 0.001) and shortened the duration of the cycle of REM sleep (p = 0,004). A similar effect was not observed for children born before 35 weeks.

The authors concluded that with the increase of the term for which the baby was born, he may become more sensitive to mother’s voice, and her presence could affect his sleep.

Scientists say that the results are preliminary, and the impact of maternal voice on the development of children while in the ICU should be explored further.

Last year, scientists have found that the pathology of the brain development of premature babies begin before birth and to help in the process of early development can breast milk.