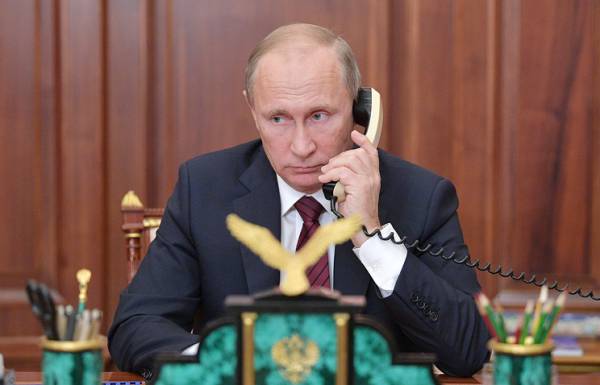 “Special attention is paid to humanitarian issues, including exchange of detained persons. Vladimir Putin stressed the need for the immediate release of Russian journalists arrested in Ukraine”, – said the press service of the Kremlin after a telephone conversation between the leaders. “Agreement was reached on the visit of the authorized on human rights in both countries of Russian citizens detained in Ukraine, and Ukrainian – in Russia”, – said the press service.

The security service of Ukraine on may 15 held a large-scale operation against members of the Agency “RIA Novosti Ukraine”, the Central office in Kiev, his press center and in the apartments of several of the journalists were searched. Chief editor of the Agency Kirill Vyshinsky was arrested on charges of treason. Kherson city court on may 17 arrested the journalist for two months on that charge, he faces a prison sentence of up to 15 years. June 1, the court of Appeal of Kherson region rejected the appeal on the decision to arrest, leaving him in power.