Moscow. June 5. INTERFAX.RU — the verdict of the Ukrainian journalist Roman Sushchenko, sentenced to 12 years in a penal colony for espionage in Russia, appealed, said Tuesday “Interfax” his lawyer mark Feigin. 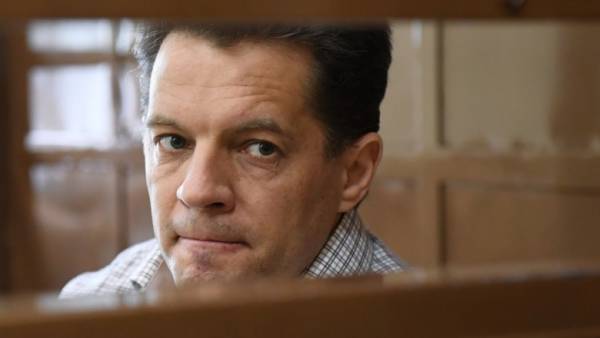 “Today we have filed an appeal in the Supreme court of Russia through the Moscow city court to sentence Roman Sushchenko,” — said Feigin. According to him, he Sushchenko has also filed an appeal against the sentence.

About the detention Sushchenko at allegedly “conducting espionage action” in Moscow it became known in October 2016. He was charged with espionage, the court sanctioned his arrest.

Lawyer Feygin in the process, claimed that Sushchenko, who was the Paris correspondent of the Agency “UKRINFORM”, in Russia during the detention was for personal reasons — he visited relatives.

On the eve of the Moscow city court sentenced him to 12 years in a strict regime colony. The trial was held behind closed doors (the case is marked “top secret”), therefore, the court announced only introductory and operative part of the judgment.

In Kiev, the detention Sushchenko regard as provocation, and allegations of spying believe false.

According to vagina, his client may be exchanged for the detained in Kyiv, editor-in-chief “RIA Novosti Ukraine” Kirill Vyshinsky.