The United States presented a strategy of containment of China. 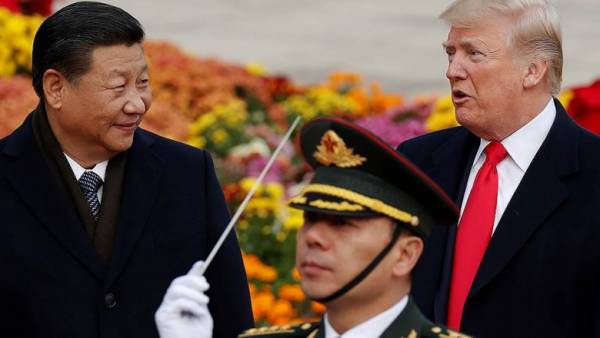 The Minister of defence of the USA James Mattis presented on Saturday in Singapore, “new US strategy in the Indo-Pacific region.” The only adversary of the US in the region called China, conducting, according to the Minister, “a policy of intimidation and militarization”. He said that as punishment, USA “weaned” from Beijing international military exercise RIMPAC in which the Navy of China participated in 2012 and 2014. Washington now moves to a policy of containing China in the region and help the allies to build a fleet, so they could better confront China.

The last statement throws an open challenge to the current leader of China, XI Jinping, the initiative “Belt and road” which also implies “building a community of common destiny” between China and countries of South-East Asia. That the American and Chinese “fate” of the region are incompatible, the Minister of defense made clear immediately, accusing China of militarization of the South China sea (SCS).

“China’s strategy in the South China sea enters into sharp contradiction with the openness that we promote in this region, — said James Mattis.— Contrary to statements from the Chinese leadership, placing numerous weapons on the artificial Islands of South China sea designed for military intimidation and coercion of the countries of the region.”

The Minister also accused the leader of China in violation allegedly given to them in 2015 in Washington promises not to place weapons in the Spratly Islands.

As punishment, the United States withdraw the “invitation of the Chinese Navy to participate in RIMPAC exercises”, since the behavior of the PRC “incompatible with the principles and objectives” of these teachings. We will remind, RIMPAC is the world’s largest naval exercises of the U.S. and its allies, held every two years since 2010. In 2012 in the capacity of observer participation in them took Russia, in 2014 and 2016 — China.

The American Minister has made a reservation that “does not force any country to choose between the US and China” as “friends don’t do that”. “China plays an important role in the development of the international system, he said.— The United States will continue to take a constructive and result-oriented approach to relations with China, cooperating where possible, and resolutely resisting where required”.

Among the principles of U.S. strategy in the Indo-Pacific region (Washington switched to this term instead of the usual APR, to enlist the support of India in confrontation with China) James Mattis listed four. First, Washington intends to help its allies to build naval forces, to enable them “to protect its Maritime borders.” Secondly, the U.S. Navy will increase interoperability with the navies of the allies, also will be increased sales.

Thirdly, Washington will strengthen among its allies “the rule of law, civil society and transparency in the management of” to “to expose the pernicious influence” of foreign States. Fourthly, the U.S. is going to promote in the region an “economic development engine which will be the private sector”.

All four of these principles is clearly constructed as the antithesis of Chinese policies in the region. “To protect the sea borders of the” countries of South-East Asia can only from China, he also, according to recent statements of representatives of the United States, Australia and New Zealand, carries out the “pernicious influence” on politics and civil society of the US and its allies. “Economic development” which, according to Mr. Mattis, rely on private business, “strengthening U.S. development institutions and recognition of the needs of the Asian infrastructure”, and does directly challenge Chinese infrastructure initiative “Belt and road”, the main conductors of which are state-owned banks and state-owned companies from China.

According to the head of the Asian program of the Moscow Carnegie center Alexander gabueva present in the speech of James Mattis, diplomats and military from the countries of the region appreciated the speech of the American Minister positively.

“For the first time in many years, including the presidency of Barack Obama, in a speech of the head of the U.S. Department of defense visible to the whole strategy, — told “Kommersant” Mr. Gabuev.— Especially in a time when faith in the United States and strategic thinking team trump in the region approaching zero and when China strengthens its position”.

Beijing is expected criticized the speech of Mr. Mattis. “Any irresponsible comments from other countries is unacceptable, said speakers at the same forum, the Admiral Ho lei.— The actions of Beijing in the South China sea aimed to repel a possible invasion. You can place an army and weapons until, while doing it on their territory”. Recall that China claims the entire area of the South China sea, clashing on this occasion with four other countries in the region. In recent years, the Beijing despite the protests of States and their opponents from South-East Asia actively pours into the South China sea artificial island, which builds military facilities and puts the weapon.