The US President announced this after a meeting with the delegation of the DPRK in the White house. 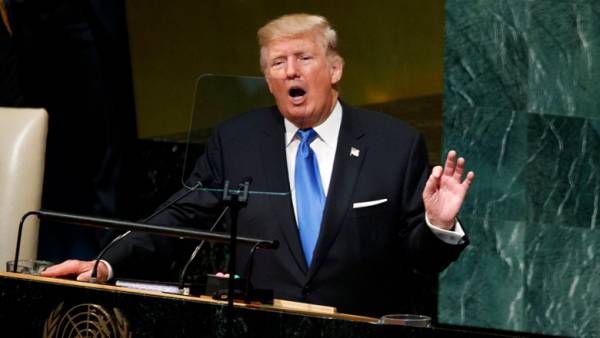 The US President Donald trump said he will meet with North Korean leader Kim Jong-UN on June 12 in Singapore. It was announced after a meeting with a delegation from the DPRK in the White house.

Speaking to reporters, trump said that they would “have to travel” and visit on June 12 in Singapore.

“We’ll meet [Kim Jong UN] on June 12 in Singapore. [Meeting with the North Korean delegation] went really well, we met each other. [Secretary of state] Mike [Pompeo] spent two days with representatives of the delegation from the DPRK. We got to know them [the delegates of the DPRK] better,” posted a video of the US President’s speech on Twitter ABC News.

On a question of journalists on the denuclearization of the DPRK’s trump replied: “I Think they want to do it. Know what they want to carry out,” reported CNN. He added that North Korea “committed to development”. The relationship between the US and the DPRK and strengthen it “a very positive moment,” the President said.