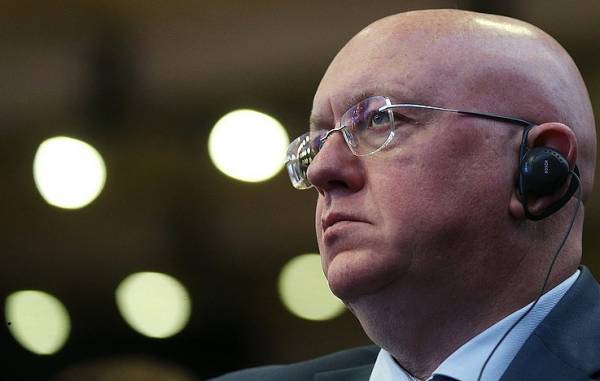 UN, June 2. /TASS/. The United States made another attempt to revise the international legal framework for settlement of the Palestinian-Israeli conflict. This was stated on Friday, Russia’s permanent representative to the UN, Vasily Nebenzia at the meeting of the Security Council after it had been rejected the American draft resolution condemning attacks on Israel from the Gaza strip.

According to Nebenzu, the Russian side was ready to agree “with some provisions” of the US-proposed draft resolution. “We certainly recognize Israel’s right to security. Our vote is due to the fact that the USA was another attempt to revise the international legal framework for a middle East settlement. In addition, it spells out elements that do not correspond to the position of Russia”, – said the diplomat.