The chief of the Main investigatory management (GSU) Investigatory Committee (SK) in Moscow Alexander Drymanov has submitted a letter of resignation. This was reported by RBC four close to the leadership of the SK of the source and confirmed three of the interlocutor in the Committee. 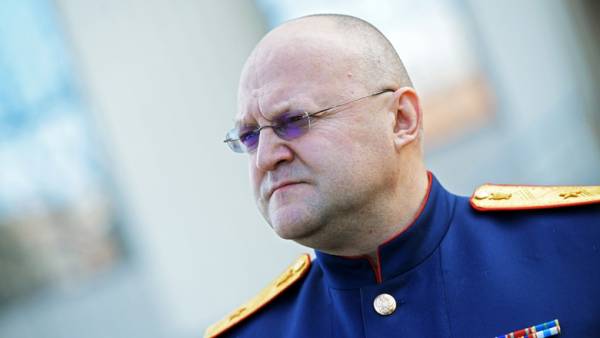 According to one of interlocutors of the edition, Drymanov asked about retirement on superannuation. His resignation was accepted the day before yesterday after a conversation Drymanov with the management of insurance, said a source in the Committee. Signed whether the report Drymanov Chairman SK Alexander Bastrykin, is still unknown.

In case of resignation of the head of the Moscow GSU acting head will be the current acting first Deputy head Andrei Strizhov. According to one of the sources of RBC, the heads of district administrations of the UK have shown that Monday the acting head of GSU is Strizhov.

Drymanov headed the Moscow GSU in December 2015 prior To this he led in the UK by the office for investigation of crimes involving the use of prohibited means and methods of warfare.

In January 2018 with the announcement of the indictment against the former head of Department of own security of SK Michael Maksimenko, the state Prosecutor Boris Laktionov called Drymanov among those who liberated a bribe from jail Andrei Kochanova, henchman of crime boss Zakhary Kalashov (Shakro Young).

In September 2017 it became known about searches in this case related Drymanov locations. He said the newspaper “Kommersant” that does not have a procedural status in this case (the investigation of him is the FSB). A source “Interfax” then reported that Drymanov has the status of a witness. Close to SK the source, “Vedomosti” told me in January that Drymanov deliberately working against one of the divisions of the FSB.

To the catechumens on the trial in the case Maksimenko documents stated that the investigative Department of the FSB was achieved excitation against it criminal case Drymanov, reminds RBC.

Materials in relation to Drymanov went Bastrykin, because to bring a case to the officer of such level only the Chairperson of the UK. Bastrykin do not.

Drymanov on his own initiative, gave testimony in the case Maksimenko. He called the prosecution of officers of SK illegal, and the testimony of his former Deputy, which accused him of receiving a bribe for the appointment and patronage, Drymanov explained pressure. “I only know that to entrap me, had reported great leaders — said Timanov. — FSB will now prove my involvement by all available means. They have no other choice, they have reported everything to the top”.