Media: pearl “Sleeping lion”, sold in the Hague for $374 thousand

LONDON, June 1. /TASS/. One of the largest in the world and the largest ever found in fresh water pearls “Sleeping lion”, which at one time was bought for the Russian Empress by Catherine II, went under the hammer for $374 thousand at auction Venduehuis. This was reported by the British broadcasting Corporation Bi-bi-si. 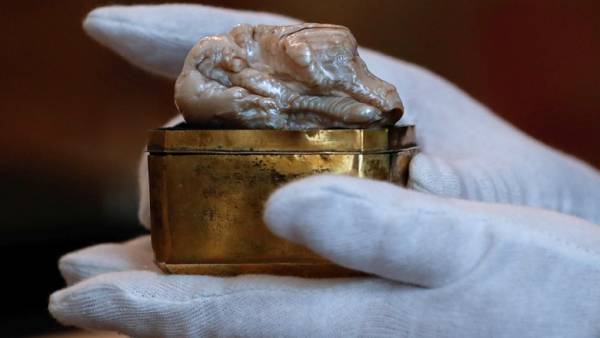 According to the auctioneers, bidding jewel weighing in at 120 grams and a length of almost seven centimeters, resembling a sleeping lion, was conducted for the first time in 240 years.

As experts suggest the pearl was formed in the first half of the XVIII century in China, perhaps in the pearl river, also known as Pearl river. Found around 1765, it was acquired by the economist United East India company Hendrik sander, who brought her to the Netherlands, despite the ban in the era of the Qing dynasty out of the country, large pearls.

After the death of sander’s pearl was for sale at auction in Amsterdam in 1778 and acquired by Empress Catherine the great. Then she was among the exhibits of the Hermitage in St. Petersburg. In 1865 the “Sleeping lion” was again the Dutch, it was acquired by jeweler, Lodewijk Willem van koten, who worked at that time in Rome. In 1867, van koten went back to Amsterdam, and for several generations the jewel remained in the possession of the descendants of the famous Dutch jeweler. In 1979, the Pearl community of Amsterdam acquired the jewel to study its history, and now put up for sale.