Thus fled from Syria militants want to enter the EU and it will become even more of a problem than migration from Syria. 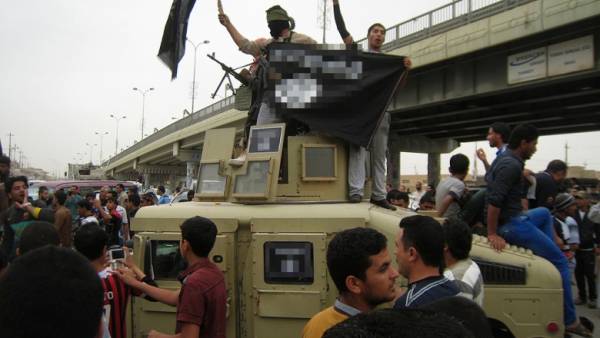 Moscow. April 26. INTERFAX.RU — Escaped from Syria, the leaders of factions of the “Islamic state” (a terrorist organization banned in Russia) are entering into an agreement with the African terrorists to provoke a new wave of migration from Africa to Europe and to be among the migrants, said on Thursday the Guardian the head of the world food programme, the UN David Beazley.

In order to affect migrants, terrorists are using the food crisis in Africa South of the Sahara, according to a UN official.

According to him, the shortage of food is used as a tool for recruitment and as an incentive for moving millions of Africans to Europe.

“We notice that they (IG) cooperate with such extremist groups like Boko Haram and al-Qaida (banned in Russia — if), to divide territory and resources and to continue the penetration and destabilization, hoping to provoke a migration into Europe that they could invade and create chaos,” said Beazley.

According to him, the destabilization of the African region will become Europe’s even more of a problem than the situation of Syrian refugees.

I’d like to tell the Europeans that if you think you have any problem due to the country’s 20 million people, such as Syria, associated with the destabilization and conflict, which resulted in the migration, wait until even more destabilized the larger region — the Sahel with 500 million inhabitants.David Bisognava world food programme UN

Beasley warned that food insecurity in conflict regions may lead to “unintended consequences”.

“The international community, especially the Europeans, learned a lesson early in the war in Syria: if you do not ensure food security, you will have unintended consequences. I spoke with people not only in Syria — the women who say, “My husband did not want to join ISIS, but we had no food, we had no choice”” he said.