Egypt has imposed heavy fines for adhering to the travelers dealers

Moscow. April 26. INTERFAX.RU — a Fine of about $565 now threatens merchants and beggars, adhering to the travelers in Egypt, according to British newspaper Daily Mail. 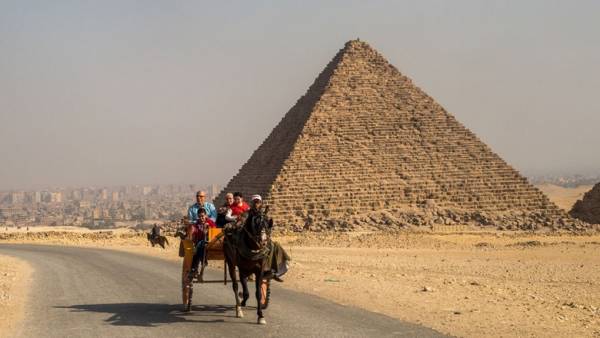 “Any Egyptian adhered to the tourists with a proposal to buy Souvenirs, to purchase services or begging, can now be fined. In the first place, talking about the area near the famous attractions of Egypt like the Egyptian Museum and the pyramids”, — stated in the message.

According to the newspaper, the way the government is trying to make Egypt more attractive to tourists and to increase revenues from the tourism industry to maintain historical and archaeological sites in the country are in good condition.

The flow of foreign tourists to Egypt dropped significantly after the 2011 revolution. In 2010 Egypt was visited by 15 million travelers in 2015 and 6.3 million