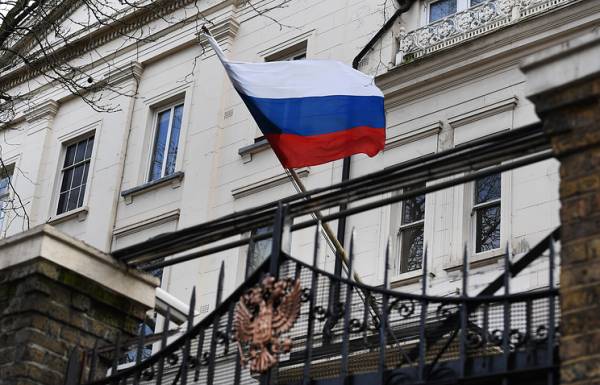 Consular division of the Russian Embassy in London

LONDON, April 27. /TASS/. The Russian Embassy in London said about the boundless hypocrisy of the British representative to the Organization for the prohibition of chemical weapons (OPCW) Peter Wilson and the absurdity of the British position as a whole. This is stated in comments in English, posted Friday on the website of the Embassy in response to made on the eve of Wilson’s statements.