The old “whip”. Why the army can not give up the Dragunov rifle 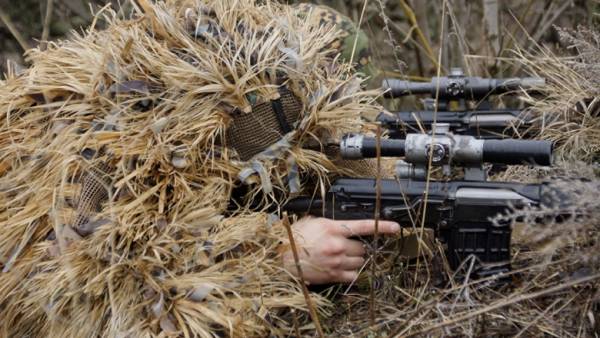 It’s a legendary weapon at the time was revolutionary and globally influenced the tactics of fighting. How under SVD rewrote missile guidance, and that preparing for changing it — in the material RIA Novosti.

When you create a Dragunov sniper rifle in the USSR proceeded from the threat of a major war in Europe. The troops of the Alliance is rapidly armed with automatic rifles and machine guns chambered for 7.62×51 NATO. The Soviet AK and AKM RPD was significantly inferior in the range and density of fire. To eliminate bias, needed a weapon, comparable to the Western range, but more precision. The soldier with the SVD became a part of each infantry division. Main potential targets have determined the calculations of enemy machine guns, anti-tank weapons, recoilless rifles, signallers and officers.

“The Americans call these men “marksmen” that is dedicated marksmen, amplifying the firepower of their a small unit, told RIA Novosti expert on small arms Maxim Popenker. — NATO before they were armed with ordinary infantry rifles M16 or M14. I just selected the heap and put optics. Over time, marksmen developed M110 semi-automatic rifle chambered in 7.62 NATO, which now stands at US army, Marines and special forces. The Brits have similar complexes L129A1, the Germans — G28″.

In fact, it is all the analogues Dragunov sniper rifle.Maxim Opentransport on small arms

Good staff optics and high accuracy SVD has allowed us to confidently “work” for a living force at distances up to 800 meters, and a good sniper took out further. The rifle quickly fell in love with in the armed forces for a powerful rifle cartridge of 7.62×53R, high combat rate of fire (30 shots per minute) and reliable Kalashnikov automatics. The characteristic appearance of the soldiers called her paddle and sharp as a whip, the sound of a gun — whip.

“Then it was the world’s only high-precision semi-automatic rifle with the standard optical sight, explains to RIA Novosti chief editor of the magazine “Kalashnikov” Mikhail Degtyarev. — Use a powerful rifle cartridge, high precision and automation provide greater range of effective fire, giving priority to units with weapon system SVD. On average, one rifle had eight infantry. Such richness sniper weapon at that time was not in any army in the world”.