Deputy Minister of infrastructure, Yuriy Lavrenyuk noted that the Agency gave the foreign Ministry materials of “unauthorized visits to the ports of the Crimea for the admission of documents to the international claim”. 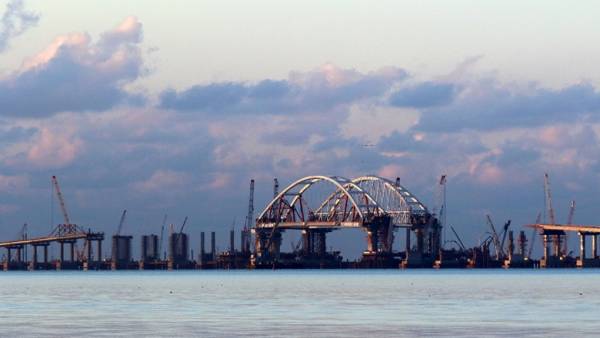 KIEV, April 23. /TASS/. The Ministry of infrastructure of Ukraine has proposed to close the Russian courts to enter inland waters of the country. On Monday reported the press service of the Ministry.

“Our Ministry will appeal to the Council of national security and defense Council (NSDC) regarding the prohibition of the entry of Russian ships in the inland waterways of Ukraine due to the high level of terrorist threats.”

“This is unacceptable, when on rivers of Ukraine, where the critical national infrastructure, go the Russian court”, — said the Deputy Minister Yuriy Lavrenyuk at the meeting in the Department.

According to the press service, representatives of the Ministry of infrastructure, Ministry of defense, Ministry of foreign Affairs, State border service, the foreign intelligence Service discussed in particular issues relating to cruise ship arrivals in the ports of the Crimea, the overlap of the Kerch Strait in connection with the construction of the bridge. Lavrenyuk said that the Ministry of infrastructure gave the foreign Ministry materials of “unauthorized visits to the ports of the Crimea for the admission of documents to the international claim”.