Roskomnadzor expands its capabilities to limit access to the sites. 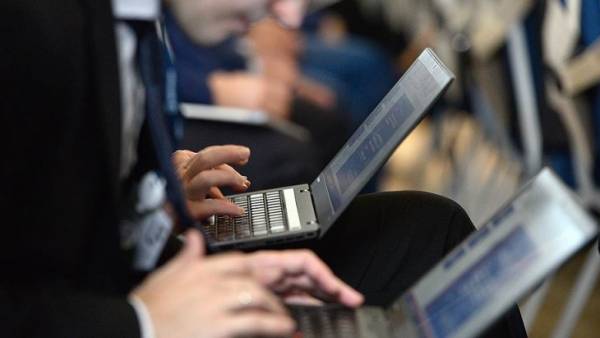 Roscomnadzor proposes to introduce a new ground for locks — the court’s decision in the case of an administrative offense. It was included in the new version of the Bylaw, which will allow you to block including VPN and anonymizers. The document is needed to legalize the blocking of millions of IP addresses in the fight against the messenger Telegram, experts believe.

Roskomnadzor has published on regulation.gov.ru a new version of the draft order on “the procedure of identification of information resources to adopt measures to restrict access to information resources”. This Bylaw assumes which entered into force in November 2017, but has since never used a law banning the use of funds bypass the lock, including VPN and proxy to access forbidden sites. The project Roskomnadzor introduces a new basis for inclusion in the register of banned resources, the judicial decision on business about an administrative offence. The Agency on request “b” did not answer.

Respondents ‘ b ‘ experts believe that the document needs to enter in a legal field of action of Roskomnadzor to block the messenger Telegram.News

Roskomnadzor vs Telegram: results of the first week

What made Supervisory service over the last week, making the registry of new IP addresses used by the Telegram, was ambiguous from a legal point of view, they say. “After a series of locks subnets many industry lawyers have drawn attention to the fact that the legal basis for such actions of Roskomnadzor missing — says the Director for strategic projects of the research Institute Internet Irina Levova.— Probably, the Supervisory Agency realized that blocking all IP addresses occurs on very dubious grounds, and decided to quickly and quietly eliminate this gap and, thus, to legitimize their actions.”

It “shows what a mess this has turned the entire block legislation on restricting access”, the categorical head of the analytical Department of the Russian Association for electronic communications Karen Ghazaryan.

Operators began to receive orders of Roskomnadzor about blocking the IP addresses of the Telegram, refusing to pass the encryption keys, FSB, on April 16. According to the resource usher2.club tracking the number trapped under the blocking of IP addresses, on Monday at 19:30 in Moscow in the registry, there were about 18 million IP addresses. Under the restriction of access got including Amazon, Google, Microsoft, Hetzner, Digital Ocean. Because of this difficulty and limitation of the work was felt in many Internet resources. Among them — the messengers Viber and Slack, manufacturer of video games Nintendo Switch and online platform Xbox, also, for example, temporarily stopped working online sale of tickets on the website of the Museum of the Moscow Kremlin.

When the core business for Amazon is providing hosting services, they are unlikely to want to lose this business, including.Alexander Jaroslava Roskomnadzor, in an interview with “Izvestia”News

At the weekend, and on Monday, the Russian users in different regions of the country could not go on resources Google: the problem was with Google Docs, Google Drive, Gmail, YouTube, Google Translate. On Monday, the Russian Union of insurers reported difficulties in the operation of the service anti-spam reCAPTCHA by Google due to blocking by Roskomnadzor to the Google IP addresses, resulting in stopped selling electronic insurance. Also on Sunday, Roskomnadzor confirmed that the IP addresses that Google entered into the registry for blocking Internet service providers. According to usher2.club, unloaded, there were about 118 IP addresses of the site www.google.com of 1002 and 146 more known IP addresses of various Google services. According to the head of the international human rights organization “Agora” Pavel chikova, lawyers of “Agora” has already received 150 complaints of Internet services affected by the locks of Roskomnadzor.

The Roskomnadzor said on Monday that complaints about violations in the work of Internet services you can contact the Regional public center of Internet technologies (ROCIT), which should act as a mediator between the office and the Internet community. On the basis of ROCIT open “hot line”.