Co-owner of “the Sum” did not help help the leopards

The Moscow city court left the custody of Ziyavudin Magomedov. 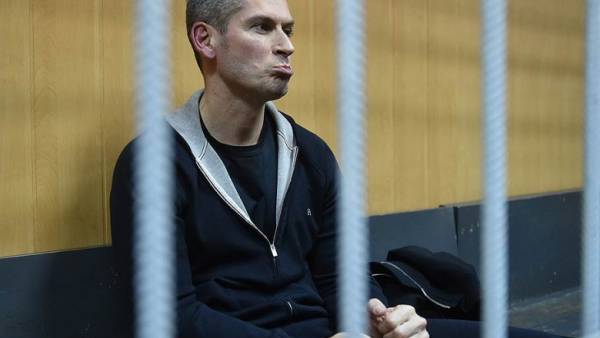 The Moscow city court left the detention until 30 may, co-owner of Summa group Ziyavudin Magomedov and Arthur Maximova, a former top Manager of the company “INTEKS”, one of the structures of this holding. They are charged with creating a criminal Association and participation with the aim of embezzlement of budget funds. Representatives of the defendants have called the arrest an attempt “to destroy morally and economically” and gave the court a lot of gratitude from the conservation of far Eastern leopards to Misa, however, to convince court of the correctness failed.

Arthur Maksidom, participated in the meeting via video link from Butyrki, said he was not going anywhere to flee from the investigation and has no ability to stop him. He told the court that acts as adviser to the Directors in two companies — OOO BSK-54 (part of the Baltic construction company) and JSC “RT-ECOS”, “easy living”, “over the past two years has achieved commissioning of four objects” and not due to the structure of the Summa. His lawyer Irina Komarova told the court that the case file is “no specific information”, incriminating him in the creation of the OPS. However, the judge Konstantin Novikov sided accusations, insisting on the legality of the arrest.

Have Ziyavudin Magomedov and his defense arguments in favor of the release of the businessman from-under guards there were much more. Lawyers of the head of “Amount” has succeeded in attaching to the case of several commendations.

For example, as it turned out, in due time to mister Magomedov for help addressed the representatives of the Eurasian centre for the conservation of far Eastern leopards. In their gratitude they argue that thanks to the support of businessman female leopards have begun to give birth to “two or three kittens,” and the population of this animal has grown to 90 species and are now “planned expansion of their habitat”. Until recently, the centre has counted on financial support from Mr. Magomedov “in full”.

In addition, the businessman thanked several organizations from the seaside hockey club “Admiral” to the Moscow Institute of steel and alloys. “I was not afraid and not scared now and want to live and work here,” said the court Ziyavudin Magomedov. He called the accusations “clearly and completely unsubstantiated” and said he was ready, “as a law-abiding people,” to help identify abuse by managers, “if they are naughty”. “I pose no threat to the investigation,” he said. However, the presiding Julia Manekina sided investigation and left the businessman under guards.