A special colony. Where and how to sit the speaker?

The sentence to the former Minister entered into force. As told Business FM eve Markachev, the case speaker may be the reason for the emergence in Russia of a special zone for “people of high rank”. When convicted will go to prison and if he has any chance of parole. 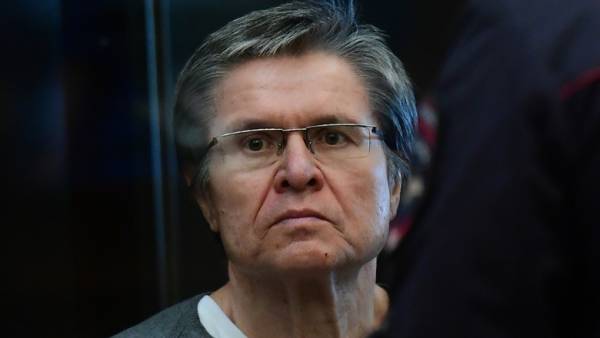 Alexei Ulyukayev can send to serve sentence in a colony in the Central part of Russia. This was stated by human rights defender Maria kannabikh. The Moscow city court on 12 April confirmed the conviction of a former Minister in part eight years in a strict regime colony and a fine of 130 million rubles.

Where it will sit former head of the Ministry is a serious question. There were no precedents. Some experts do not rule out the emergence of a special area for officials of the highest rank.

Usually after the sentence comes into force, and according to Ulyukayev it has already happened — the prisoner will be transported to the colony within ten days. It all depends on how quickly will all the necessary documents. Sometimes, something is lost, and then the person remains in jail for a few months.

In the so-called “Grand Central” where the speaker waiting for sentencing, conditions of detention are very good — at least in comparison with other insulators. Where the ex-Minister will go further, depends on the decision of the FSIN, says the Chairman of the bar “Your legal attorney” Konstantin Trapaidze:

It clearly expects to be evacuated to the zone, if for some reason it will not stay in the detention center. Among the causes may be the condition. As for a special area for officials, it does not exist.Konstantin Trapaidze, the President of the bar “Your legal attorney”

Deputy Chairman of the Public monitoring Commission of Moscow eve Markachev said that just under Ulyukayev such zone will appear. Be nice to take him yet really get. Yes, in Russia, in the colonies serve their sentences mayors, governors and even the former head of the Federal penitentiary service, but the Federal Minister, the person with the highest level of tolerance — the new Russian history yet was not. The necessity in the emergence of a particular colony, or at least units overdue, and it will be done, says Markachev:

According to my unconfirmed reports in the near future we will — I will not call it a VIP area — but separate areas where they will serve the punishment the people of high rank. These sites will be in the colonies General and strict modes, such individual units are designed for 20-30 people, where the conditions are about the same as everywhere: is insulation, there mobile phones not get. But the prisoners will be what is called in the circle of their own — either former businessmen or former officials.Eve Markachev Deputy Chairman of the Public monitoring Commission of Moscow

An even more important question — how long to sit Ulyukayev. After the first sentence, a set that is either directly before elections or after them Ulyukayev Amnesty, release on health condition, pardon or reconsider his sentence. As for the review — in front of a likely appeal.

The Amnesty article is the former Minister is not the most suitable but the theoretical possibility remains. Pardon, as the example of Khodorkovsky, does not require admission of guilt, so this option through is also not excluded.

For parole Ulyukayev even taking into account the time spent under house arrest, you need to serve another four years. The liberation of health is determined by a limited list of diseases, which have no speaker. However, healthy people are not known to exist — there nedoobsledovannye.