Sentenced for corruption the former mayor of Yaroslavl asked for a pardon.

YAROSLAVL, April 9 — RIA Novosti. The Commission on issues of pardon on the territory of Yaroslavl region has received a petition for pardon former mayor of Yaroslavl Eugene Urlashov, who was sentenced to 12 and a half years for corruption, the issue should be resolved within 30 days, reported RIA Novosti on Monday, the regional Commissioner for human rights Sergei Baburkin. 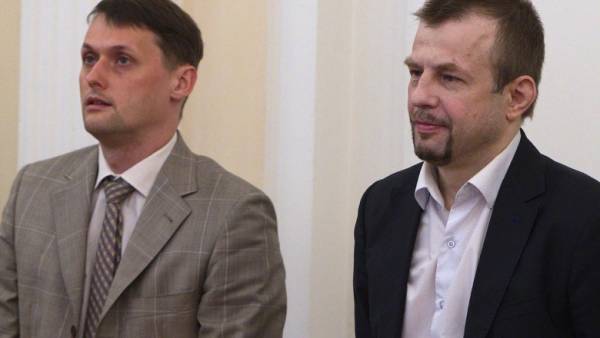 The former mayor of Yaroslavl Evgeny Urlashov in the summer of 2016 received 12,5 years of a colony of strict regime on loud criminal case about corruption. He is serving his sentence in the correctional colony # 2 in Rybinsk. Along with the mayor were condemned by his assistant Alexey Lopatin — he got seven years in prison, and former Deputy mayor Dmitry Donskov was acquitted.

“The Commission for pardoning received a package of documents related to the petition Urlashov pardon. It is not known when it will be scheduled a hearing on the matter, but according to the Statute, the Commission must consider the matter within 30 days”, — said the Agency interlocutor.

Criminal case Urlashov became one of the most famous in Russia, given the fact that he, as a representative of the opposition in 2012, won the election of mayor, gaining about 70% of the votes Yaroslavtsev.

The court agreed with the version of the investigation that Urlashov, Lopatin and the Director of the Agency for the municipal order of housing and utilities Maxim Poikalainen from December 2012 to July 2013 required 18 million rubles from the businessman for participation in the realization of the municipal project. In case of refusal, the mayor, according to investigators, threatened with non-payment of money under the contract.

Urlashov said that extorted money, and the amount of his just wanted to thank you. The investigators believed that the crime involved and Donskov, but the court did not consider evidence of his guilt compelling.