MOSCOW, 5 APR — RIA Novosti. The state Duma adopted in the first reading the bill on blocking Internet information discrediting the honor and dignity of a citizen or of the legal entity. 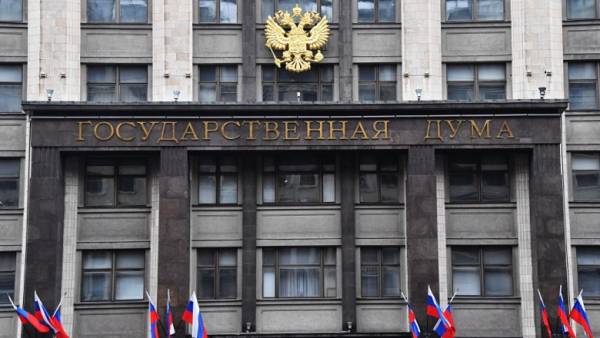 Earlier the draft law was submitted to the lower house of the Parliament a group of deputies from “United Russia”.

The bill proposes to amend the current legislation changes, providing specifics contained in the Executive document requirements of the deletion of information disseminated on the Internet, discrediting the honor, dignity or business reputation of the citizen or business reputation of a legal entity, stated in the explanatory note to the document.

As noted, in particular, in the case where the person who disseminated untrue information after the period established for voluntary execution contained in the Executive document of the requirement about removal of the available online information, didn’t delete them, the bailiff shall issue an order to restrict Internet access to discrediting the honor and dignity.