Moscow opposition are trying to agree on a single candidate in Moscow mayoral elections in 2018, but it is hampered by their conflicts among themselves. As a result, in September against Sergei Sobyanin may be made immediately and the ex-Deputy Dmitry Gudkov, head of Krasnoselsky Council of deputies Ilya Yashin, leader of Yabloko Sergei Mitrokhin. 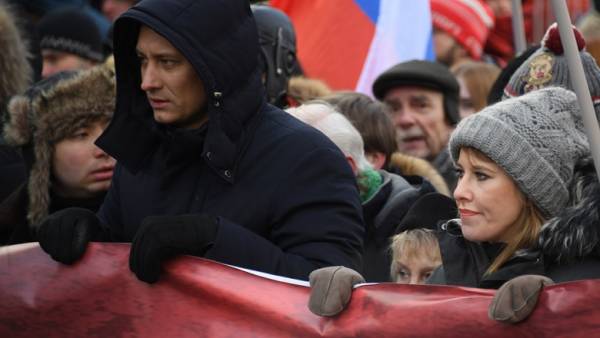 In September of this year will take place elections of the mayor of Moscow. The capital can be considered a fairly protest region: five years ago, acting mayor Sergei Sobyanin from the second round saved only 1,37% of the votes. Then opposition supported the nomination of the founder FBK Alexei Navalny, who took second place with 27% of votes. In this election, Navalny nominated can not because of a conviction in the “case of Kirovec”.

Now the opposition are trying to negotiate, whom to go on elections as a single candidate from the liberal forces. Russian service Bi-bi-si tells who already hints at his mayoral ambitions and what hinders them.

One of the first his intention to run for mayor of Moscow a year ago, announced former Deputy of the state Duma Dmitry Gudkov. To do this he created a system of assistance to candidates in the municipal elections held in September 2017. His plan was this: to run for mayor, you need to collect signatures of municipal deputies of Moscow, and to Moscow was more loyal to him deputies, it is necessary to help them to be elected to the district councils.

Block “United Democrats” that hooters has created with “Apple”, won 266 seats, and the representatives of the bloc now has just over 60 municipalities.

Theoretically, such a large number of supporters (but not the municipalities where they work) is enough to collect signatures for the nomination for mayor. Now, however, relations with the “Apple” Gudkov complex. After the municipal elections, he quarreled with the activist of Yabloko Maxim Katz, with whom he created a unit of “United Democrats”, as well as the leader of the Moscow Yabloko Sergei Mitrokhin — that, too is going to run for mayor of the capital.

After the presidential elections, he announced the cooperation with the former presidential candidate Ksenia Sobchak and plans to create a new party on the basis of Civil initiatives, which have advanced presenter in the presidency.

On Wednesday, Gudkov suggested that the parties “Apple”, “Parnassus”, “Civil initiative” movement Mikhail Khodorkovsky “Open Russia” and supporters of Alexei Navalny to hold joint primaries in three rounds. To prevent participation hooters offers of only those candidates who have the support of at least 10 municipal candidates, and vote it offers offline, not online.

In an interview with Bi-bi-si Gudkov said he has already enlisted the 120 signatures of municipal deputies. “Previously, I’m going to move forward with their support and from the party “Civil initiative”, — he said.