The U.S. government will sell Ukraine anti-tank weapons for $47 million 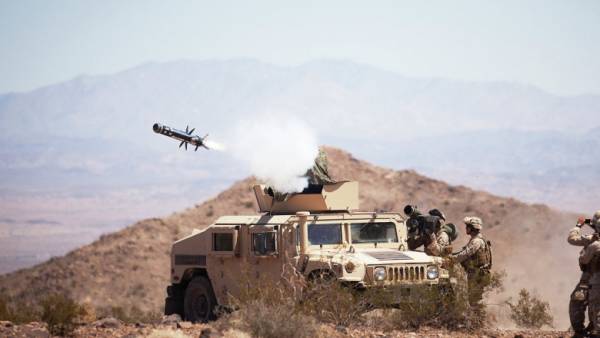 In the message of management of the Pentagon’s defense cooperation and security States that the sale of weapons Ukraine approved the U.S. state Department.

“The Javelin system will help Ukraine to strengthen its long-term defense capabilities to protect the sovereignty and territorial integrity,” States the report of the Ministry of defence. The Pentagon stated that the proposed transaction will not affect the balance of armed forces in the region.

The statement clarifies that Ukraine has made a request for the supply of 37 anti-tank missile complexes and 210 missiles Javelin. The amount of the contract included training of the Ukrainian military use of this type of weapon.

Now the contact should be considered in the U.S. Congress. The final decision on arms supplies to Ukraine will be made within 30 days, said the Pentagon.