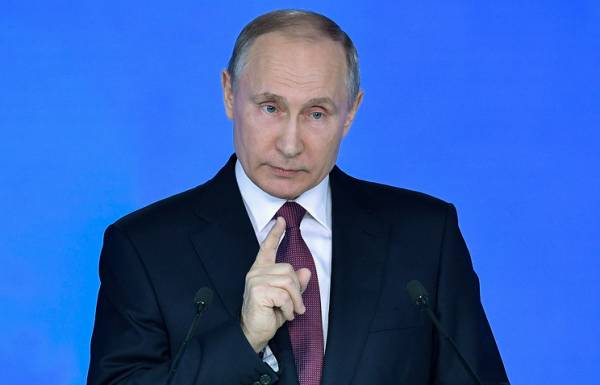 NEW YORK, March 2. /TASS/. The arms race between the U.S. and Russia began after Washington withdrew from the anti-ballistic missile Treaty (ABM). This was stated by the President of Russia Vladimir Putin in interview to TV channel NBC, a fragment of which aired Thursday.

Putin was asked a question about whether to understand his message to the Federal Assembly as a “Declaration of a new cold war” and whether the U.S. and Russia currently arms race. “From my point of view, those who declare the beginning of a new cold war, are not analysts – they do propaganda. If you are talking about the arms race, it began when the United States withdrew from the ABM Treaty,” – said the President of Russia.