In the electronic system of the interior Ministry calculated the accomplice

As it became known””, in the framework of the criminal case concerning the installation of a single intellectual system support activities (ISOD), the interior Ministry and the FSB had arrested the author, Russia’s largest specialist in information technology, founder and head of LLC AT Consulting Sergey Shilov. According to investigators, it specialists have to persuade the other accused in the case, the customer ISOD from the interior Ministry Andrei Nechayev, to pay for unfinished work worth 1.4 billion rubles. 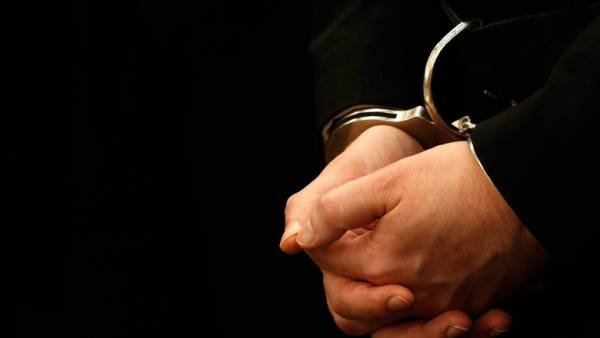 As explained “Kommersant” close to the investigation source, in the autumn of last year, when a criminal case was initiated on abuse of power with serious consequences (part 3 of article 285 of the criminal code) when creating ISOD, author and designer-Shilov in the investigation there were no questions. He was not a criminal case even as a witness. The fact that formally ICOD designed and installed the country’s largest specialized Scientific research Institute of automatic apparatus named after academician Semenikhin (NIIA). The company received the government contract for IZOD and became a General contractor, so its leaders were the first witnesses in the criminal case.

However, during the investigation it became clear that reputable scientists, NIIAA, the creators of the so-called nuclear shield of the state, have a very superficial understanding of police ISOD.

After receiving consecutive technical re-equipment of the interior Ministry, they wouldn’t take that job, passing the order in full, OOO AT Consulting Sergey Shilov and leaving his Institute only the role of facilitator.

In the end, last week the investigation had to leave academics alone and to call for questioning as a witness subcontractor Shilov.

Unlike academic workers, NIIAA managing partner AT Consulting, according to its representatives, willingly admitted that was the chief developer, assembler and Adjuster system. Became the merchant to hide the interrogation and its relationship with the customer ISOD Andrei Nechayev, who is now the main accused in the case of abuse of office. Both of them to transition in the interior Ministry worked in a rather narrow field of IT, and Mr. Nechayev some time even the staff AT Consulting.

Several days the investigation, apparently, needed for data analysis Mr Shilov’s testimony, and on Tuesday night at the home of the witness, living on Pirogovskaya street in Moscow, came accompanying the investigation employees of the Department “M” FSB. They helped the investigator to search the apartment, and then late at night arrested the witness and took him to jail. Last night GUS TFR presented to Sergey Shilov charged with aiding and abetting the abuse of office (article 33 and part 3 of article 285 of the criminal code). According to investigators, the pros encouraged his friend, customer ISOD from the interior Ministry Andrei Nechayev, hurry to pay him for the uncompleted conversion of the police with modern means of communication and protection of information. Today the consequence plans to seek the arrest of Sergey Shilov in the Basmanny district court.

Recall that the installation, debugging and software ISOD Ministry of internal Affairs in the end of 2012, instructed the departmental CEO of his NGO “special Equipment and communication” (STIs), civil specialist Andrei Nechaev. Scientist on behalf of the Ministry had to hire specialists, supplying them tasks, check quality of work performed and to pay performers.

About two years were spent on the development and installation of individual components ISED in accordance with requests and recommendations of the various services of the interior Ministry and its departments in the regions. During this time he created a specially protected e-services designed for employees of the criminal investigation, fighters with economic crimes, coordination with Interpol, and so on. The designers have also included electronic document management within the Agency, information service of the territorial departments, and in addition, has provided police the ability to significantly accelerate the provision of public services, such as issuance of certificates of no criminal record.

In the fall of 2014 was signed another contract worth 1.4 billion by the ready Association of regional and departmental networks into a single system — in fact ISAD.

At the end of December 2014 this job was completed, accepted by the special Commission of the Ministry of interior, and Mr. Nechaev paid the General contractor NIIAA. Only three years later to it have shown interest FSB: as already reported by Kommersant, 17 October last year the customer ISOD detained at the opening of the exhibition “INTERPOLITEX-2017”. He was taken into custody and is still under arrest.

According to investigators, ISOD was not delivered in full, and the customer Nechaev received and paid work prematurely. So, it remains unfinished subsystem “Ranger M”, focused on operatives of the criminal investigation, the server is “Bridge”, providing a closed connection of the interior Ministry Prosecutor’s office, and abderrezak database.

The representatives of Mr. Shilov, in turn, noted that work on the creation of ISOD was fully implemented, as evidenced by the fact that the interior Ministry three years was not to the contractor any claims. They appeared only after the initiation of criminal proceedings at the end of last year. According to friends of the pros, the investigation is seeking the arrest of Sergey Shilov, hoping to get a statement from him confirming a corrupt relationship with the customer Nechayev.

In a criminal case on abuse of office still have no selfish component: the investigators believe that the representative of the Ministry of interior rushed to sign and pay for the uncompleted contract in order to curry favor with superiors.

In a press-service of AT Consulting, “Kommersant” reported that the firm “always faithfully performs its contractual obligations to customers”, and the reputation of its leader “flawless both inside the company and in the market”. AT Consulting, according to its representative, “is ready to cooperate with law enforcement and investigative agencies”, so the information on detention of mister Shilova “puzzling”. “We hope for an objective solution to all the problems in the investigation of issues”, — noted in press service.